Chillicothe, IL – Summer Camp Music Festival’s 20th year anniversary offered a plethora of groovy DJs, jam bands, and an atmosphere filled with excitement to be back at Three Sisters Park. Festivalgoers spent the weekend dancing underneath a full moon in Aquarius where they could let their freak flag fly and meet like-minded people.

The festival is located in Chillicothe, and Three Sisters Park features a huge field with a small patch of trees–better known as the Illumination Woods. Festivalgoers arrived at the park in central Illinois, parked their cars in the field, and brought all their camping gear inside the venue to set up camp. Tents and canopies were scattered across the park for easy access to the multiple stages, a variety of food, and vendors displaying enticing festival gear. There were fun attractions around the park such as a swingset, ENO hammocks, and the Soulshine Tent filled with art and workshops. 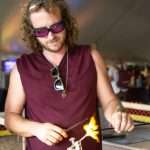 Workshops in glass blowing, propagation, and making soap were offered over the weekend. The glass blowing workshop was run by Jason Mack of Mack Glass, who has been blowing glass since 2001 when he was 17 years old. Mack has been teaching workshops since 2010 in his studio located in Champaign, and he is known for building the world’s tallest glass Christmas Tree, which was 31 feet tall. The workshop taught attendees how to make a leaf from a colored tube, and they got to keep the pendant they made for a necklace.

The Friday lineup featured popular DJs Rezz, Maddy O’Neal, and Subtronics who all created a hectic energy across the crowd to begin the weekend. Jam bands such as moe., Billy Strings, and Umphrey’s McGee all played multiple sets across the weekend. 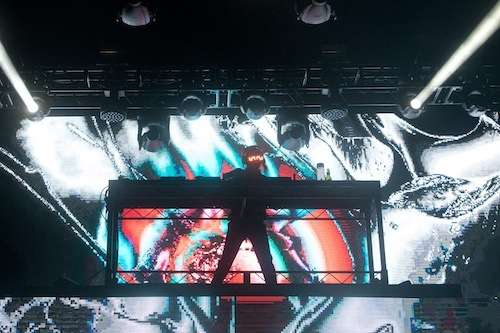 There were storms expected to roll through on Saturday, but the rain held up and instead created a cool, gloomy day, which was much needed after the scorching heat on Friday. The venue was filling up more with festivalgoers who were hooping, practicing poi (see below for an example, not from the festival), and juggling along to the music. Saturday’s headliners featured multiple sets from both Umphrey’s McGee and moe. DJs Manic Focus, LSDREAM, and CloZee closed out the night on the Starshine Stage. Shows in the park all end at 2 am, but there are still DJs bumping tunes in the VIP lounge until 4 am for those who enjoy late night dancing.

The Sunday sun came up blazing around 6:30 in the morning and soon all the attendees with 1-day passes for Sunday began to arrive. The early afternoon was filled with an excited buzz about Ween and Tipper as people parked their cars and headed into the park. Sunday’s lineup was a little more diverse from the normal EDM and jam bands with 1990’s rap group Three 6 Mafia playing a show during the sunset, which hyped up the crowd for the last night of the festival. Tipper’s trippy visuals and Griz’s love-filled dance party were a perfect way to end the weekend.

Three Sisters Park is perfect for a music festival where attendees can easily walk between stages to catch shows and chill in the Illumination Woods to escape the heat. There were lots of interesting vendors selling different products like Moonmats, Third Eye Pinecones, and all the festival clothes one could dream of. A variety of large-serving-size food was available from smoothies to pizza to breakfast burritos and sandwiches.

Summer Camp music fest offered a refreshing atmosphere that felt too good to be true after a year of quarantine. Unlike the popular-city-fest Lollapalooza, Summer Camp did not require vaccinations or a negative covid-19 test, but they did strongly encourage attendees to get one. As a smaller festival that was completely outdoors, hopefully the encouragement was enough to avoid a superspreader event and keep festivals going for the rest of the year. 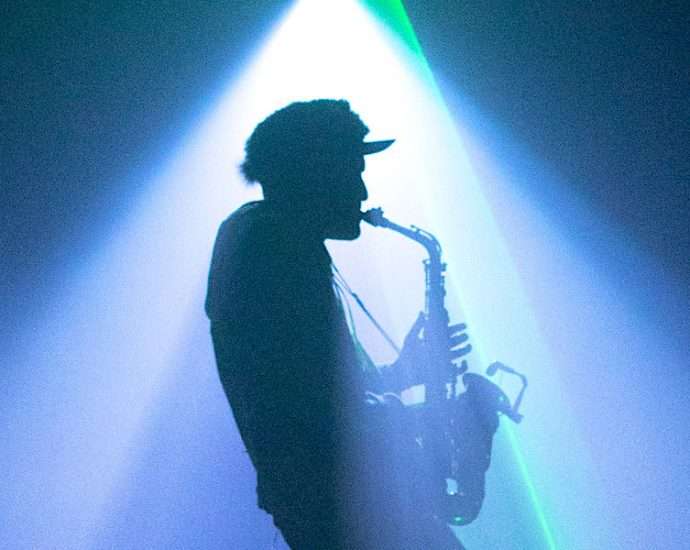 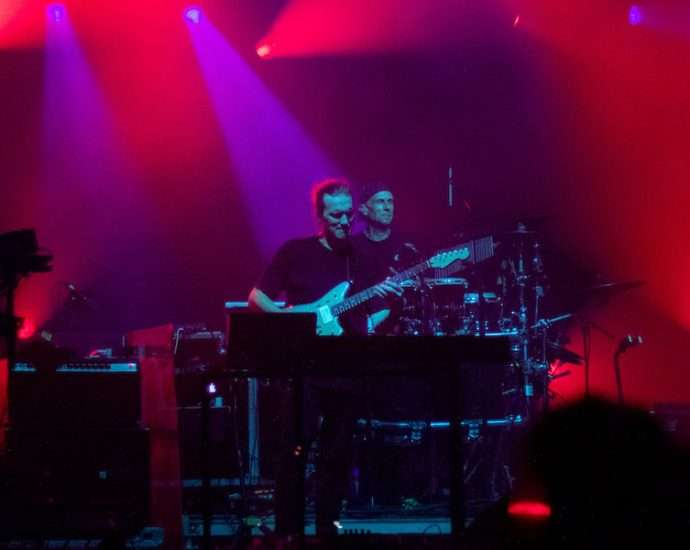 Summer Camp Music Festival’s first event in 2001 brought about 1,000 patrons to enjoy over 15 bands on two stages during the 2-day event at Three Sisters Park in Chillicothe, IL. Since, Summer Camp has transformed the grounds annually, welcoming in more fans, more fun and way more music. This event is now the host of a variety of performances on multiple stages over three days (four if you make it to the Thursday Pre-Party!). Summer Camp is the biggest event in the Midwest every Memorial Day Weekend!

Summer Camp Music Festival’s first event in 2001 brought about 1,000 patrons to enjoy over 15 bands on two stages during the 2-day event at Three Sisters Park in Chillicothe, IL. Since, Summer Camp has transformed the grounds annually, welcoming in more fans, more fun and way more music. This event is now the host of a variety of performances on multiple stages over three days (four if you make it to the Thursday Pre-Party!). Summer Camp is the biggest event in the Midwest every Memorial Day Weekend!