NASHVILLE, TN. – (March 4, 2021) – Shannon McCombs, host, writer, and producer of the weekly syndicated show, CDX Country News has been nominated for the 2021 class of the Tennessee Radio Hall of Fame. The 10th Anniversary Induction Ceremony will take place on July 31, 2021.

“I’ve been in radio my entire life, even when I was a kid, I pretended to be in radio. Along with my brother and cousin, we would play DJ for hours with our cassette recorder.,” shared Shannon McCombs. “So, the fact that my peers have honored me in this way is extremely humbling.”

McCombs early days in Nashville were spent on-air at 103-KDF Rock, where her show was consistently #1 in the market. During her last year at WKDF she began to move into Country music and started hosting a show for (TNN) The Nashville Network. Showing her versatility, she once interviewed Motley Crue for radio and 4 hours later did a TV show with Randy Travis! That triggered the beginning of her multi-genre career.

Her experience includes producing artist hosted shows for 650am-WSM in Nashville with Dierks Bentley, Pam Tillis, Dana Williams of Diamond Rio, and several others. She has also spent time on the air there, as well as the fill-in afternoon host at 98-WSIX.

She worked with Kix Brooks of Brooks & Dunn and produced and wrote his award-winning syndicated Billboard show, American Country Countdown.

She was hired to help launch SiriusXM Radio and establish SXM’s presence in the country music industry in Nashville. Her strong relations brought in hundreds of interviews with artists and songwriters, and created a comfort level for a media that was unknown at the time.

In the late 90’s, McCombs launched the very first syndicated show for Americana music. As co-creator and owner of the company, she wrote and hosted the show each week.

She did all the backstage interviews for America’s Opry Weekend, the Opry’s syndicated weekly show that ran for 13 years. Prior to that she had hosted Opry’s backstage live show on CMT.

Prior to Nashville, Shannon worked with 5 other radio stations in Southern Kentucky as On-Air talent, Station Manager, Program Director, and Music Director.

Hall of Fame membership is voted on by members of the radio community and winners will be announced this spring.

CDX was founded in 1991 by late Country Music Hall of Fame Broadcaster Charlie Douglas and national record promotion veteran Paul Lovelace as a delivery system for labels and artists to supply their upcoming singles to all full-time US country stations, satellite providers, syndicators, and programming consultants. In 1991, CDX clients’ music was distributed via the then new medium of CD.

Today, our clients’ singles are digitally distributed via InstaTrack e-blast and also included on our regular CD compilation disc. CDX also expanded by creating CDX TRACTION which is an airplay monitoring and tracking software system. CDX TRACTION monitors radio stations through the online web stream of their broadcast signal. It utilizes a proprietary and patented music recognition system to log every song played. CDX now offers distribution in all music formats. For more information about CDX Nashville visit cdxnashville.com. 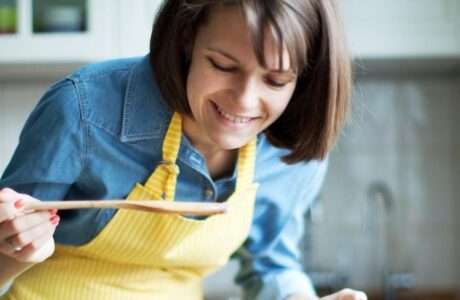