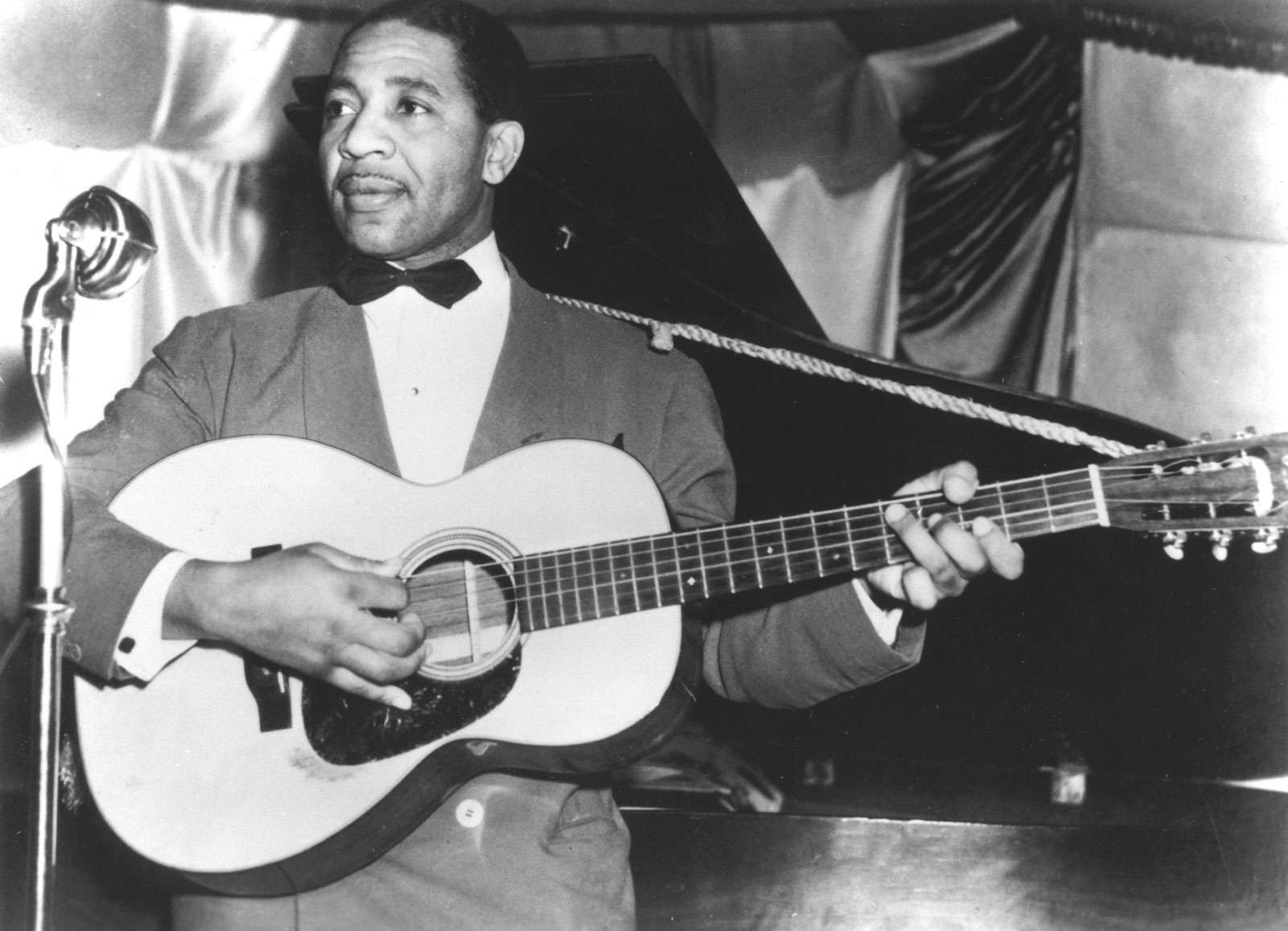 Chicago’s Susie Blue & the Lonesome Fellas has brought some of the best roots, blues and jazz players together again for a tribute to the great blues man Lonnie Johnson.  Led by harmonica maestro Howard Levy, the band features guitarist Zvonimir Tot in this new single, which brings the best of blues and jazz styles to pay homage to an American  legend.

Miles has an uncanny knack for picking long  forgotten musical gems and pairing them with the best players in Chicago, and this single does not disappoint.

The guitar solo holds a cherished place in American culture, but the man credited with playing some of the first  recorded guitar solos has largely been forgotten.  Alonzo “Lonnie” Johnson  was one of the first musicians to successfully straddle the worlds of blues, jazz and pop.  He was born in New Orleans just before the turn of the 20th century and got his start playing violin with his father’s band.

When his father and nine other members of his family died in the Spanish Flu Epidemic of 1918 Johnson headed north, playing guitar on riverboats and wound up in St. Louis.

After winning a blues contest in 1925, he began a recording career that resulted in the release of 130 recordings between 1925 and 1932, during which time he performed regularly with such stars of the day as Louis Armstrong, Duke Ellington, Bessie Smith, Johnny St. Cyr, Victoria Spivey and Texas Alexander.

In 1929, Lonnie, who had previously recorded many solo pieces on 12-string acoustic guitar, teamed up with jazz guitarist Eddie Lang, and the two—with Lang using the pseudonym Blind Willie Dunn—recorded a wide range of incredible instrumental duets such as “Hot Fingers,” “Guitar Blues,” “A Handful of Riffs” and many others.  These recordings built his reputation as the first jazz guitarist to base his style on single-note melodies – like a horn player — a decade before Charlie Christian or Django Reinhardt ever tried.  It’s an approach he perfected on his duo recordings with white guitarist Eddie Lang, who worked with Johnson under a pseudonym at a time when the music industry was segregated.

Johnson has been recognized as “the undeniable creator of the guitar solo played note by note with a pick,” according to blues historian Gerard Herzhaft. He is also credited as the first recorded guitarist to employ string bending and vibrato. One listen to Lonnie’s early records clearly reveals the direct influence on Walker and Reinhardt, and especially B.B. King, who has always cited Johnson as one of his primary influences.

Johnson  was also known as a blues singer, and later as a ballad singer.

At the end of the 1940s, he actually scored a giant pop hit called “Tomorrow Night.”  A simple, straightforward and humble person, Johnson once said in an interview “My life has been beautiful but hard.   I can go to sleep, and sleep at night and I won’t  have to worry about if I told someone the wrong direction to go, rather than the right direction. It don’t hurt to do a favor.”  Johnson spent his last years in Toronto, where he died in 1970.

50 years after his death, his guitar solos sound as beautiful as ever.

“I discovered  this tune ‘Pleasing You (As long as I Live)’ on a King Record collection when I was in college”  Miles explained  during a phone interview yesterday.    “I have always loved Lonnie’s famous version of ‘Tomorrow Night’,  but ‘Pleasing You’ felt especially poignant to me.  Back then I was a light soprano and couldn’t have taken on an emotional blues song, but in recent years my voice has settled into a kind of melancholy on this tune,  I never felt the soul of it until I hit my late 40’s.

Having  Howard  lead the band was amazing, he started our Covid stay-at-home recording thread with his piano part, then I added vocal, then I sent it to bass, who sent it to drums who sent it to guitar and then back to Howard for his Harmonica comping and solo.  None of us were together in the recording studio for this, we each added our parts separately, one at a time.    I think it came out extraordinary if you consider that we all recorded by ourselves at home on simple devices and not with professional microphones in a studio together.  It just speaks to the skill and talent of all the players!”

Neal Alger, the bands regular guitarist and musical director, has been busy with a new baby girl at home, so renowned jazz guitarist Zvonimir Tot  joined the band, “We are so happy to have  Zvonimir work with us on this tune.”  Miles said,    I have been playing with him for over a decade now on jazz projects, but he was not always so keen about playing roots and western swing music, however  this jazzy/bluesy ballad drew him in,  finally!  We also have Lonesome Fellas Chris Bernhardt on bass and Phil Gratteau on drums,  and everyone’s varied musical backgrounds brought  out the best of this  classic,  I think.”

The song was written and recorded by Johnson in 1948 and the Lonesome Fellas are the first to record it since.   It will have it’s International Radio Debut on Dublin City FM in Ireland, on the show “After Midnight” which is hosted by Noel Casey.  The show airs at Midnight in Dublin but can be heard in the US at 5 pm EST online  https://www.facebook.com/events/on-the-radio-1032-fm-streamed-live-from-the-website/after-midnight-on-1032-dublin-city-fm/2538006613196748/      – JM Reid, Chicago Music Guide

You can download the song for FREE at Bandcamp https://susiebluelonesomefellas.bandcamp.com/track/pleasing-you-as-long-as-i-live

And Watch the video here

Susie Blue aka vocalist Solitaire Miles started out singing Jazz  with greats like Von Freeman, Johnny Frigo,  Doc Cheatham and Willie Pickens, but as she’s matured she has embraced a bluesy style with a Billie Holiday flair which has inspired DownBeat Magazine and the Wall Street Journal to compare her to Holiday,  with DownBeat saying “Miles brings to mind a winning blend of Patsy Cline & Billie Holiday.”  The band re-creates Halloween classics from the vaults of Screamin’ Jay, Kay Starr and Ernest Tubb, accompanied by a first class band including Howard Levy, Neal Alger, Eric Schneider and more.  So get ready for some Chicago-style Bluesy Halloween Classics played by the best musicians in town!

Susie Blue and the Lonesome Fellas: