Want to see a living legend of Chicago music, and hear music that rings through the rafters? Chris Foreman and the band Soul Message carry the legacy of the B3 organ in Chicago to new heights. The B3 was invented in Chicago, and walks the line between jazz and emphatic church music, perfectly suited to both. Foreman is one of three musicians in the organ trio Soul Message; he is joined by long-time musical partner Greg Rockingham on drums, and guitarist Lee Rothenberg.

The first time I heard this was at the Green Mill, his silhouette facing ahead while his hands danced on the keys, his hands levitating quickly as if the keys were a hot stove, and he could touch them just long enough to make the B3 organ sing; creating cascading joy.

His sound as a solo player is substantial, but now you have a chance to hear him with the band, plus incredible vocalist Hinda Hoffman, at Winter’s Jazz Club on Wednesday December 8th and 22nd; and additional shows here.

“That’s where I live,” says Hinda Hoffman. It’s not a place she’s talking about, it’s gospel music. Gospel is one part of the music tapestry she brings to the stage at Winter’s Jazz Club, interpreting jazz standards and classic songs; Hoffman says her vocals can “glide” over the band’s music and take shape like a figure skater. Her soulful voice and natural timing make her vocals sound rich and effortless. 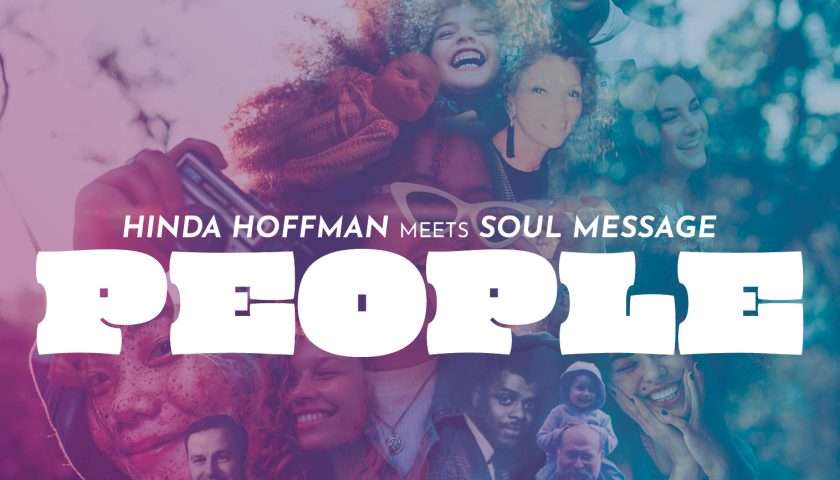 The combination worked so well that Soul Message and Hoffman recently put together an album People, produced by Dennis Carroll and including saxophonist Greg Ward. “This is an American story about American musicians overcoming all sorts of adversity to play music,” explains her website, this is an album “that embraces American traditions with an edge.”

The B3 organ, too, resonates with a gospel sound. Hinda’s attraction to the sound of organ, and to the band Soul Message, is perhaps deeply tied into this thread. Gospel music has the shouts of the slaves of the American South, the jubilation and the trials, all wrapped up into ecstatic expression. Soul Message is a band versed in the art of elation.

The musical language which all three band members speak is apparent and exciting to watch. “I know what Rock is going to do, and Rock knows what I am going to do,” says Chris, talking about the drummer Greg Rockingham. “Rock” and Chris had already established 37 years (and counting) of musical camaraderie, practicing together so often they would just take breaks to eat, then work until the wee hours. Lee Rothenberg gains accolades from the band by being an astonishingly fast learner, growing into the role with each show; Lee was introduced to the band by his guitar mentor Bobby Broom. Lee’s keenness and devotion to the music comes through.

Foreman is one of the most magical musicians you could hope to see. His shoulders rise and fall, as if the music is surprising even himself. His hands ebb and flow naturally like the keyboard is an extension of his being. It’s almost as if his hands are reading the keys and it’s no surprise, as he literally does read with his hands. Blind from birth, Chris reads music in braille form. He shares that when he was young, his relatives used to watch him read music and he was flattered that they would watch him. It’s hard not to appreciate a genius at work.

The band is a three piece with drums, guitar and organ, but it creates music with the energy of a band many times greater.

To see the band Soul Message, and with vocalist Hinda Hoffman, is to see part of American history and the legacy of music that brings us all together. If people are dancing, clapping and enjoying themselves, then we are doing our job, says the band.

The rapport they share is also greater than the sum of its parts. Four people came together over the love of music: the sound of a heavy, swinging groove, with a walking bass line and an uplifting spirit. They each found it in different ways. Chris found it in record stores his parents took him to. Greg found it in his Dad’s band and by listening to the sounds of organ while the snow was falling, during the holidays at his Grandma’s house. Lee found it through a mentor and says it now feels like life, family and friendship. Restarting singing at age 40 after a 30-year break, Hinda then discovered she resonated with the authentic, soulful sound.

The B3 organ is like a miniature big band, says Greg, capable of the drama and strength of the larger ensemble. This band is an extension of the music they love and grew up with. Chris and Greg listened to big bands like Count Basie, Maynard Ferguson, some Duke Ellington, and would work on organ trio songs from other organists, as well as big band arrangements.

Foreman and Rockingham performed in the late 80’s where there were clubs with two B3 organs and two bands a day; and as that busy scene dwindled down, they wondered what to do. Standing in a parking lot, asking each other what the future held, they decided to put their own group together. “Never lose what you have,” says Chris, echoing why they wanted to continue working together. When coming up with ideas there were no limits, just the attitude ‘hey let’s try this’. Rockingham’s drumming is the rhythmic foundation and meshes perfectly with Chris’s playing to create a wall of groove that is invigorating, captivating and suspenseful; there’s nothing like it.

The B3 organ is incredibly versatile. There are levers to push or pull, lift up or put down, including different tremolo, and shimmers. There are two fans: one starts right away, one catches up to the music. This makes a variety of sounds, plus groove or “push” to the music. Because organ is also used in church music, some of that uplifting music from churches found its way into early rock and roll, and in this band you’ll hear that uplifting feeling. Plus, there are two keyboards, one on top generally for solo and one on the bottom for accompaniment or ‘comping’ per Chris. This is one of the few bands committed to playing the real B3.

Because of the virtuosity required to tackle the B3 organ, there are few ‘keepers of the flame’ for this instrument, and of the organ trio format. Hinda adds that “this is a tradition to keep alive. Similar to how Bebop, and big band fans try to keep various art forms alive.” It is a sound more known in the 1950s, and Lee adds “there’s a lot of subtlety in it.” It’s not just an homage, the band brings its own creative stamp to this style. “Soul Message has a ‘swing, groove, blues and gospel’ feel which is a rarity–and it’s an honor to perform with them,” says Hinda.

The music of Soul Message is an elixir of friendly, upbeat, light-hearted moods–and is seriously strong and potent music connected to a Chicago legacy. Make sure you go out and see it live. The energy is palpable in the air. The addition of a vocalist makes for a fun way to experience organ trio and hear sounds from the new album People by Hinda Hoffman and Soul Message band.