In this track titled, “I Still Stand”, we are presented with a determined Manny Torres who talks about the hardships that he has gone through in life to get where he is today. Torres presents himself with a boxing mentality and mentions how life will knock him down, but no matter how hard he gets hit, he will still get back up no matter what.

As the saying goes, there is always a light at the end of the tunnel, and this is ultimately the message that Torres emphasises in this powerful song. In the beginning of the track, Torres is talking about how he puts away his pride and goes through the motions, while also feeling like he is getting left behind. This is complimented by a single guitar and it captures the emotions of Torres very well. However, as the song progresses, the background instruments start to swell and Torres lets it all out, exclaiming that it is his time now and he also calls himself a soldier and will continue to fight until it is all over.

In the song, Torres also talks about the pain and mistakes he has made and gone through in life,and while it would be natural to forget about all those actions, he actually embraces them. In the song, he toasts and credits his errors for getting him to where he is now. He also adds that no matter how difficult his challenges are and no matter how much he feels like he is about to break, he keeps his faith and as the title says, he still stands. 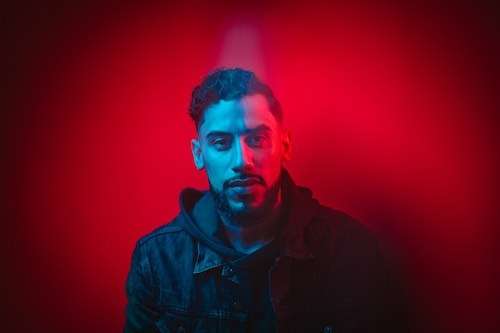 Biography: Manny Torres is a Chicago based singer-songwriter that lives for the passion filled experience of his live shows and writes all of his music with that in mind! His music brings the secular and the sacred into conversation with each other, as he writes and covers songs that demonstrate the beauty, pain, and hope that comprise the human experience as a whole.

His voice is warm; even as he sings about heartbreak, his ineffable joy resides underneath his sorrow. The effect of this is that Manny enables his listeners to bring their own hurting hearts into song with his—he creates space for them to fully feel their pain, release it, and partake in the musical healing offered by his voice. In this way, Manny’s music is an invitation to his listeners to embrace their hopes and fears, their joys and sadnesses and find peace and calm within the messiness of life.

Manny found National fame as one of the top 14 finalists on American Idol’s final season on Fox. Soon after his return home to Chicago, he was diagnosed with cancer and was forced to hit pause on his music career as he fought through 4 cycles of Chemo.

In mid 2018, he emerged completely cancer free and has since released 4 singles and continued to perform live nationally, including a partnership with Choose Chicago to represent the city for the Year of Chicago Music in 2020. After a promising start with big shows in Times Square and Mexico City, Covid hit and forced another indefinite pause.

In the meantime, he has continued writing and released both “Cruise” and “I Still Stand” during this pause. He is currently working on his debut EP, due for release later in 2021 and looking forward to getting back to live in-person shows again.