Events scheduled in June, including Blues on The Fox, The Chicago Experience and Satisfaction: The International Rolling Stones Tribute, along with Tedeschi Trucks Band on July 15, are currently being rescheduled for 2022. Once new dates are announced, ticket holders will have 60 days prior to the rescheduled date to confirm attendance. Those who can’t attend can request a credit good for any future show at RiverEdge Park or Paramount Theatre or receive a full refund.

“While we’re relieved that the vaccination rollout seems to be going well in Illinois, the health of our audience, artists and staff remains our number one priority,” said Jim Jarvis, Vice President of Programming and Sales, RiverEdge Park. “Our decision to welcome audiences back in July aligns with reopening plans at similar venues such as Ravinia, Wrigley Field and others. Assuming there are no further restrictions from the state, we can’t wait to invite our fans back to RiverEdge Park to enjoy incredible live music on warm summer nights, right on the bank of the beautiful Fox River.”

To maintain a safe and healthy environment for all, each performance will take place outside on stage in the Park’s open-air John C. Dunham pavilion. Events will be staged in compliance with current state and CDC mandates including reduced audience capacity. Specific attendance protocols will be confirmed and shared with ticket buyers later this spring.

Tickets to all rescheduled events are on sale now. To reserve tickets and for more information, visit riveredgeaurora.com or call (630) 896-6666. Tickets will also be sold on-site, pending availability. Fees not included. The RiverEdge Park 2021 Season is sponsored by Dunham Fund, Bud Light and City of Aurora. Park sponsor is Hollywood Casino Aurora. 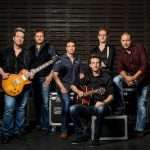 Desperados and Witchy Women, get in the fast lane to Aurora to hear One of These Nights pay amazing homage to The Eagles.

This acclaimed tribute band doesn’t simply play the music of The Eagles; they become The Eagles, the seminal band that earned six Grammys, sold more than 150 million records, and created the soundtrack for the late 20th century. Get set for a two-hour plus, note-for-note tribute to The Eagles along with the solo work of Don Henley, Glenn Frey and Joe Walsh, with hits like “Take It Easy,” “Hotel California” and some surprises in between. Part of Aurora’s Downtown Alive! series. oneofthesenightsband.com 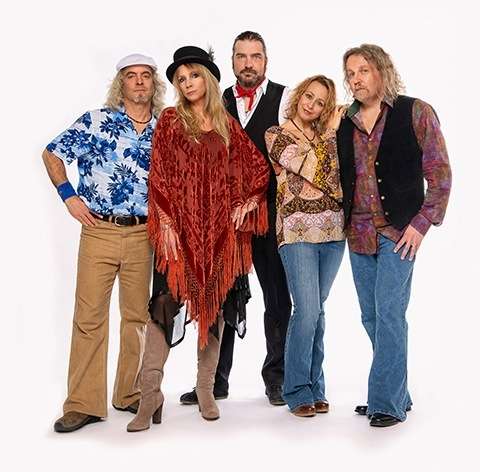 TUSK is the number one tribute to Fleetwood Mac in the world, bar none. No fancy tricks, no gimmicks, just five musicians recreating the music of Fleetwood Mac to perfection with note-for-note renditions that no other Fleetwood tribute comes close to duplicating. Authentic-sounding and always respectful, TUSK covers all the top hits of Fleetwood Mac, from “Go Your Own Way” to “Rhiannon,” leaving no stone unturned in replicating the sounds of one of the world’s best-loved, top-selling bands. fleetwoodmactribute.com 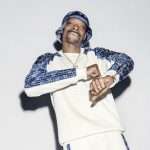 Legendary rapper Snoop Dogg at RiverEdge is a highlight of Chicago’s summer 2021 concert season, fo’ shizzle. He’s L.A.’s #1 hip-hop icon and the wildly popular multi-platinum artist behind such chart-toppers as “Gin & Juice,” “Who Am I? (What’s My Name?),” “Nuthin’ But a ‘G’ Thang,” “Drop it Like It’s Hot,” “Sensual Seduction” and more. Snoop is joined by Twista, the pioneering platinum rapper who put Chicago on the rap map and made the double-time rap style a rap staple. This show will have adult content. snoopdogg.com twista.com Sponsored by Zen Leaf Aurora. 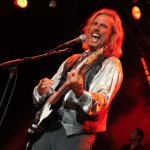 Billed as the world’s No. 1 Bee Gees tribute band, Stayin’ Alive is the largest and most definitive bands of its kind. Not only do they go through Bee Gees hit songs like “Night Fever” and “Jive Talkin’,” they do it with all the excitement, power, style and disco fever of the Bee Gees. If you saw them in 2018 at Paramount Theatre, you know the astounding show waiting for you at RiverEdge Park. stayinalivetribute.com 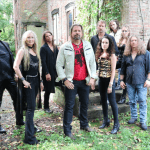 Bob Seger fans rejoice! Hollywood Nights is coming back to Aurora after their killer RiverEdge concert last summer. Audiences don’t just get hit pure American rock-and-roll classics like “Night Moves” and “Old Time Rock-n-Roll.” Fans get a 10-piece band to back up those lyrics you can all sing along to – 30 years of music forever embedded into America’s DNA – from “Turn the Page” to “Old Time Rock-n-Roll” and “Travelin’ Man.” hollywoodnightsband.com 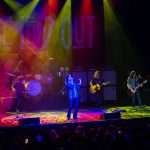 LISTEN TO US. No, put down that Zeppelin vinyl and listen to us. If you don’t get your tickets ASAP for this unbelievable tribute show, you just might not be going. Get The Led Out always sells out their annual end-of-August concert at RiverEdge, and it will be no different this year. It almost feels wrong to call them a tribute band. From the bombastic and epic, to the folky and mystical, Get the Led Out recreates The Mighty Zep’s unbelievable catalog of songs into a concert that’s as much their own as it is Led Zeppelin’s. gtlorocks.com 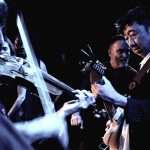 If you haven’t had a chance to see Poi Dog Pondering at RiverEdge, don’t miss your opportunity to experience their soul-lifting celebration of life, humanity and love. Three decades and going, 15 band members deep, Chicago favorite Poi Dog is stronger than ever. Their unique blend of orchestral, rock and dance music influences shine through with their ever-present irreverence to stylistic conformity. platetectonicmusic.com/

RiverEdge is located right across the street from Metra’s Aurora Transportation Center. Drivers can find paid parking in the Metra lot, with more public and private lots around the park and in downtown Aurora. Concessions include a diverse menu and bar with domestic and craft beers, wine, sodas, bottled water and more. Outside food is also welcome. No alcohol or other outside beverages are allowed, with the exception of two sealed bottles of unflavored water per person.

Visit the Park’s Plan Your Visit page for complete Park information, directions and parking options and outside food policies. NOTE: Events at RiverEdge Park take place rain or shine, unless conditions endanger the safety of artists and the public. For the latest weather updates, follow @RiverEdgeAurora on Facebook, Twitter and Instagram, call the RiverEdge Park Weather Line, (630) 723-2480, or text REPARK to 888777.

RiverEdge Park debuted in 2013 and was renamed Thomas J. Weisner RiverEdge Park in 2016 in honor of late Aurora Mayor Thomas J. Weisner. RiverEdge is anchored by the contemporary John C. Dunham performance pavilion, with state-of-the-art acoustics and lighting set against a beautiful night sky. With a capacity of up to 6,000, RiverEdge combines live concert excitement with a warm community feel and gorgeous views of the Fox River.

RiverEdge Park is managed and programmed by the Aurora Civic Center Authority (ACCA), which also oversees Aurora’s historic Paramount Theatre, the Paramount School of the Arts in the new John C. Dunham Aurora Arts Center and Copley Theatre. For tickets and information, visit riveredgeaurora.com or call (630) 896-6666