Enigmatic Nordic collective HEILUNG is now proudly announcing their collaboration with MY.GAMES and Booming Tech for the new season of the ‘Conquerer’s Blade’ video game, ‘VII: “Wolves of Ragnarok.” The newly launched trailer for the game, featuring the track “Galgaldr,” can be found HERE.

With lyrics recorded in Old Norse and inspired by Völuspá – a prophecy of Ragnarok from the Poetic Edda – HEILUNG’s atmospheric sound will immerse players in a dark new era for ‘Conqueror’s Blade.’ HEILUNG will also see their name being eternalized in one of the new combat map locations, which is now officially called ‘Heilung Fjord,’ and serves as a place for healing.

More info on the game can be found HERE. 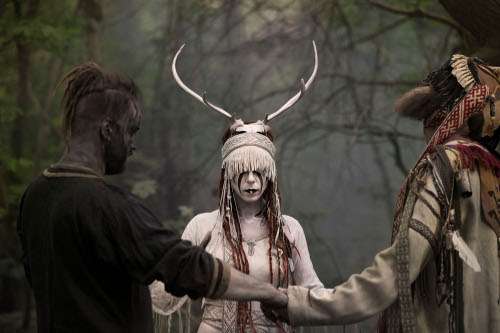 Following an extremely successful first ever tour of North America, in which every venue sold out, HEILUNG are returning to the states for one spectacular evening! The Danish formation will be bringing their mesmerizing ritual to the historic, century-old Red Rocks Amphitheater in Denver, CO on October 5, 2021. Tickets for the 2020 show will be honored at the new date. For every ticket sold, One Tree Planted will plant a tree in Colorado. You can purchase tickets HERE.

Last year, HEILUNG shared their first ever music video for the Independent Music Award-winning song “Norupo,” which is taken from 2019’s critically-acclaimed release, ‘Futha!’ The video was shot at the Neolithic standing stones at Les Menhirs de Monteneuf in France. You can watch the stunning video at THIS LOCATION.

“Norupo” is composed around the ancient runic poem with the name ”The Norwegian Rune Poem”. The poem was preserved in a 17th-century copy of a now lost 13th-century manuscript and gives a complete description of all sixteen runes of the younger Futhark.

HEILUNG will be supporting their 2019 release, ‘Futha,’ which debuted at #3 on the Billboard Heatseeker charts and #4 on the Billboard World Music Charts, placing on a total of seven Billboard charts within the first week of its release.

During 2020’s Game Awards, HEILUNG announced that they will be working with U.K.-based gaming company Ninja Theory on the soundtrack for their upcoming game, ‘Senua’s Saga: Hellblade II.’ The announcement trailer for the new game features HEILUNG‘s song ‘In Maidjan,’ which is taken from their debut album, ‘Ofnir.’ Watch the trailer HERE.

‘Futha’ was released on June 28 and can be streamed HERE and ordered HERE.

“Ofnir” was a very masculine album. To create it, HEILUNG took a big part of the lyrics from preserved rune inscriptions on weapons and armour. “Futha” is the counterpart, the balance point, the feminine side. Here, the lyrics originate from old Icelandic poetry, in which the holy women chant magic spells and offer their blessings. Hence, female voices are more prominent on “Futha”.

HEILUNG means “healing” in the German language and this also describes the core of the band’s sound. The listener is supposed to be left at ease and in a relaxed state after a magical musical journey that is at times turbulent.

HEILUNG reach far back in time to the Northern European iron age and Viking period to create their sound experience. The band utilises many means in their songs: from running water via human bones, reconstructed swords and shields up to ancient frame drums as well as bronze rings.

When HEILUNG self-released ‘Ofnir’ in 2015, the Danish band could hardly have anticipated the breakthrough success of their debut album. Spectacular live shows, strong critical acclaim, and a massive underground buzz added to the constantly high demand for this full-length are the reason why their new label Season of Mist did not hesitate to re-issue ‘Ofnir’ in several collector’s edition formats. HEILUNG’s live album, ‘LIFA’ (2017) was released in parallel.

The word “Futha” is taken from an artefact, that is still controversially discussed. Big names in runology like Düwel and Heizmann can agree neither on the deciphering nor the meaning of the description.…The word is engraved in a gold bracteate from Skåne (SE), which was produced around 500-530 AD. It was discovered in 1831 and these medals or coins were divided into different categories by the Swedish archaeologist Oscar Montelius.

The bracteate in question is a so-called C-bracteate named Schonen II-C (Schonen is the German Name of Skåne) with a horse and a face. The rune inscription is between the hind-legs of the horse. Interesting to mention here is the fact that the majority of full rune set inscriptions start with “futh”, which also is the first three letters in all runic alphabets.

It is considered that our forefathers saw magic potential in engraving the full rune line, but there is also great significance in the beginnings. Science has no key for the meaning of only engraving the first couple of letters yet, but there is a surplus of theories. This brings us to a runic staff found in Bergen, which was given the rather unpoetic archaeological classification B011. It carries the inscription: “felleg er fuþ sin bylli Fuþorglbasm”, which means: “Lovely is the cunt, may the cock fill it up”.

Also interesting is that the Högstena amulet, which we use in the song “Galgaldr”, has an alternative deciphering of the word “futh”, which in this context means “cunt”. All this leaves us with two hints: magic potential and the female genitalia. The great healing power of the female wild strength is evoked in “Futha”. Those who have been present at a birth or seen a lioness hunting, know the spirit. The spirit of the “wilde Weiber” (German), the wild wise women. “Futha” endeavours to connect to a time before the female was degraded to a birth-machine and carrier of eternal inherited guilt.

“Futha” was three years in the making and was finished for production and print at midwinter, the very darkest day of the solar year, the 21st in the 12th month at 21:00.

Any attempt to link the band with or bring their music into a modern political or religious context is pointless, since HEILUNG try to connect their listeners with a time before the coming of Christianity and modern political ideologies.

Check out some live photos here! 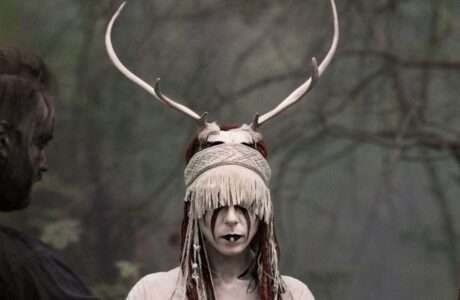 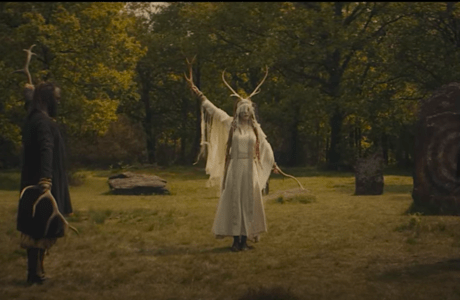 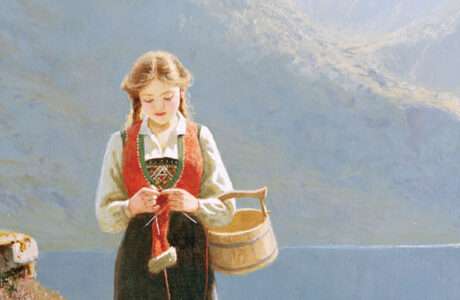 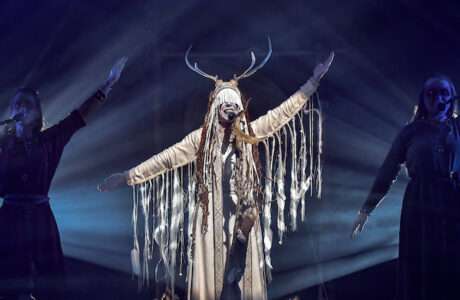