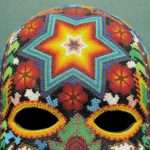 From their inception in 1981, Australian duo DEAD CAN DANCE have long been intrigued by European folk traditions, not solely in musical terms but also by secular, religious and spiritual practices. Taking its inspiration from this backdrop DIONYSUS was shaped as Brendan Perry explored the long and established spring and harvest festivals that originated from religious practices, a journey that brings to the fore, the rites and rituals that are still practiced to the present day.

Two years in the making, Perry has amassed an array of folk instrumentation and as often heard on previous albums takes inspiration from across the world, tracks evolve less like songs but more akin to fragments of the cohesive whole. Dionysus follows a familiar path, witness to field recordings, that includes chanting, beehives from New Zealand, bird calls from Latin America and a Swiss goatherd. The aim in Perry’s mind is to not just invoke the atmosphere and symbolic reference points but to highlight that music can be found everywhere in some form or other.

The album consists of two acts across seven movements that represent the different facets of the Dionysus myth and his cult and takes the musical form of an oratorio, which has informed both spiritual and secular pieces of music as far back in history as the early 16th century. Retaining a prevalent hold on contemporary paganism in Europe, the voices used on these movements are imagined as communities celebrating, in communion with each other at times, chanting and call and response – the various voices are present to convey emotion beyond the boundaries of language itself.

Although taking its main inspiration from the Dionysus story, the album’s artwork resonates with links to rituals depicting a mask made by the Huichol of the Sierra Madre Mountains in Mexico – famed for their beadwork and yarn paintings, whilst also partaking in peyote as a sacred rite and ritual for the purposes of healing and mind expansion – this is at the heart of Dionysus, a celebration of not just humanity but humanity working hand in hand with nature with respect and appreciation.

Dead Can Dance will embark on an extensive European tour throughout May and June 2019, celebrating their life and works from 1980 to present day.

There’s something about the number three: a third album containing three songs, written after the third occurrence of the same injury, and perhaps there is something charmed in all of it.

Katie Mullins’ digital triptych, elegantly entitled, Three Songs, happens also to be the result of having no intention to write or sing again. Following the third time she hemorrhaged her left vocal chord, a 10-day initiation into the world of meditation, a seemingly miraculous healing, and a fallow period of musical output, this mini collection of songs “flowed involuntarily,” says Mullins, “during winter walks from one teaching gig to the next.”

The unexpected return to music making yielded songs which are anything but trivial. The first, “Crocuses,” co-produced and engineered by Shahzad Ismaily at Figure 8 Studios in Brooklyn, portrays the stark beauty of an unlikely pairing — snow on the first flowers of spring — followed by a verse about light coming into the room. It was one of those songs that Mullins says, “spilled” out of her; “a healing mantra lifted from the mundane but profound images I saw around me that March.”

The next two songs were co-produced with Roarke Menzies, and engineered by Sam Wadsworth at Japam Studios in Brooklyn where Mullins recorded her second full length, Wedding (2013) — an album met with critical acclaim that highlighted her inimitable sound: “a singer-songwriter — just not in the way you might think,” with a single which, “features her clear and ringing voice, both in the melody and in a glowing overdubbed chorus.” (John Schaefer of WNYC’s Soundcheck)

On Three Songs, slated for release on October 26th, 2018, Mullins takes these glowing overdubbed choruses to another level. One fan has described Mullins’ sound as “Joni Mitchell meets Meredith Monk meets Linda Perhacs.” Author Paul Rome, a friend and collaborator of Mullins, describes the experience of her music as, “clear, direct, intimate, generous: a warm, powerful voice over fluid patterns. One is part of a ritual that feels ancient or perhaps timeless. Storytelling. There is a moment in every song that is never precisely as one expects.”

Mullins’ powerful voice emerges from six years of performing opera in Germany, and a three-year stint at the Komische Oper in the city of Berlin, where she lived for the majority of her twenties. Last year, in search of a slower pace of life, and the possibility of daily walks in the mountains, Mullins began splitting her time between her Brooklyn home of 13 years, and upstate NY. The change comes through in her writing, which is rich with natural imagery but sparse in instrumentation.

The songs on this album reflect her longing to exist in places that offer silence and solitude, and room for contemplation and perspective. They are the prelude to a full-length release, in the works for 2019, which Mullins plans to “slow release” to fans through a soon-to-be-announced “Song of the Month” club. But for now, she offers us Three Songs, a brief but expansive reintroduction to her lush yet minimalistic songs, and an enticing preview of a dozen more on the way.

Asian influenced World Fusion. Strongly melodic, ornate vocal, often lyricless starting in pop and moving album by album to more lateral cutting edge soundscapes. As an artist has ignored trends, (most albums at the time of release had no contemporary comparison) and has tried instead to define the boundaries of world music and her own voice. Highly distinctive vocal approach. A pioneer.

Worked exclusively in Asian Fusion in for almost three decades. Was the only full-time artist in Asian Fusion in the 80’s. A self-taught musician and writer. Made her writing debut in 1984 on her second solo album ‘Quiet’. Apart from her start with ‘Monsoon’ (signed to Phonogram) has worked with independents or small labels in order to retain artistic freedom.

Has not generally favoured remixes (a few illicit ones have slipped through) and has never released a single as a solo artist. Manages herself. Only played live for 2 years in the early 90’s, but returned briefly to live performance in the mid noughties until vocal stamina problems and pain issues forced her to retire . In 2001 ‘Billboard’ stated that ‘In the past five years a new round of second generation British Asian Musicians have emerged · all owe a debt to this 36 year old singer’s pioneering work’.

Typically sang completely alone onstage with the occasional taped ‘Drone’ (a constant note) as her only accompaniment, drawing on the ‘fusion within a single vocal line’ material found on the Real World trilogy of albums.

Developed vocal stamina issues after an emergency operation in 1992 to save her sight as a clumsy intubation during the procedure scarred her vocal chords. Then developed Burning Mouth Syndrome in 2009 for which there is no known cause or cure. The result of these two conditions together is pain that lasts for hours or days if she speaks or sings.

Communicates largely by email, instant messenger, text and handwritten notes, although she has developed RSI from relying on written communication so heavily. Despite the pain, she does speak sometimes to ensure that her vocal mechanism does not completely atrophy. Describes the condition as being “like having a really bad PAYG mobile with hardly any credit on it” and plans the amount of time she talks around the amount of pain she thinks she can bear that day/week. On the upside, she can now write notes really, really fast.

between systems and grounds is an ongoing collaboration between composer Paula Matthusen and visual artist Olivia Valentine, drawing on a mutually developed practice combining textile construction and electronics in real-time.

The project began in 2016, with a live performance in Budapest. The system has since evolved through residencies at The Hambidge Center and ACRE, where the durational aspects of the system were developed, as well as its embrace of site-specificity. The project develops with each iteration and performance, integrating field recordings, radio signals, feedback, and a system of cues that all contribute to the slowly-growing textile.

The textile lives and grows in handmade foamcore furniture that acts as a work surface, sculpture, and music box that slowly plays back accumulated recordings triggered by the textile. As the project continues, all of the systems will continue to grow and change in response.

The album represents excerpts from six separate sessions along with six time-compressed recordings in various locations beginning first in Rabun Gap, Georgia at The Hambidge Center and ending in Steuben, Wisconsin as part of a residency with ACRE. In these sessions, ambient sounds were sought out and incorporated as part of the gradual improvisation process. As a result, room resonances excited through feedback blend with momentary variations in the environment such as a summer thunderstorm, frogs singing in the distance, or the buzz of an electric fence.

To understand the composing and arranging world, lineage of learning is key-some subtleties of technique can only be passed from teacher to student in ways unreproducible through solitary study alone. Trey Pollard learned the art from Doug Richards, the renowned Duke Ellington scholar who founded a university Jazz Studies program in Richmond back in 1980. Richards is a brilliant composer, arranger and educator, a featured artist at the Kennedy Center and the Smithsonian, and for what it’s worth, was once invited to study with Nadia Boulanger, legendary guru of the 20th century classical scene.

Richards espouses the view that jazz can be as artistically significant as classical music, placing Ellington Queen’s Suite on the same pedestal as the works of Bach or Ligeti. Pollard has a perceptive ability to parse this history, to see his place in it, and draw structures and forms from various periods to inform his writing.

He is entering a new phase, completing a record of contemporary chamber pieces under his own name featuring a set of preludes and fugues for string quintet and pieces for chamber string orchestra and piano. He wrote within a systematic framework, a series of parallel harmonic planes, constellations of notes unburdened by the tension of standard chordal and melodic structures.

Pollard’s creative powers are at a certain fullness now, a ripeness matched to his age and his experience in various roles: producing in the recording studio, performing with ferocious skill on guitar, piano or pedal steel, conducting small ensembles or orchestras-often with the same group of musicians he has known for over a decade.

As co-owner of Spacebomb Records, his work has been a cornerstone of productions by a growing list of rock and pop artists in the know, Natalie Prass, The Waterboys, Foxygen, Helado Negro, Matthew E. White and Bedouine, and expanded to projects outside that context, recently contributing to the score of S-Town, a groundbreaking longform podcast. The music of his mind is of such quality-agile and prescient, conceptual yet emotional, with an absorbing sense of beauty. Though he might not try to bring down the heavens, they swing low just the same. Pollard moves through the field of creation with surety, finding his own line on the thrill of sound.