Thank you very much for taking the time to answer some questions for me today. Please tell me about the mission of Third Coast Review.

Part of our mission is to cover smaller, lesser-known artists and arts groups while not ignoring mainstream arts groups. In other words, in theater, we emphasize Trap Door, Broken Nose and Raven in addition to Goodman and Steppenwolf.

Can you tell me how Third Coast Review began?

It all started in a coffee shop in Lakeview on a Sunday in November 2015. Six of us, all arts writers for Gapers Block, had decided we would start our own website so we could write about what we wanted, instead of freelancing our reviews. There was a book reviewer, a foodie, a music reviewer, a dance critic and a couple of theater critics.

We agreed we would start a new website in early January 2016. We might even have picked the name this day or at least it was one of the options. Nancy Bishop offered to fund the modest costs involved and to consult with a SCORE mentor on how to start the business and get a website developed. That mentor put us in touch with the web developer we have used ever since, and with great success.

Additionally, we started as a sole proprietorship and registered as an LLC in late 2021. Our year-end revenue is all paid out to writers who have published a minimum number of articles during the year.

How did you build your readers and spread the word about your publication?

We built up our readership through social media and word of mouth.

Who are your readers and what areas do you serve in particular?

Our readers are mostly Chicagoans. We do get an influx from outside the state, but our core audience is in the local area.

Does Third Coast Review meet with the public often or how does it typically communicate with the community?

We’ve had a few events in the past—such as storytelling nights, but found it difficult to get the support we needed (attendance and ticket sales) to continue. We would like to do more of that in the future. We communicate with our subscribers (free signup) via a newsletter published weekly in which we highlight top content.

Tell me about your team, how have your writers done with bringing the stories of our community to light and helped them, especially during COVID?

On the music side we certainly focused heavily on the Bandcamp Fridays initiative. With so many tours being canceled or halted, musicians were really facing a tough time and Bandcamp Fridays really helped make ends meet. By waiving the fees the platform collects and driving band’s fans to purchase heavily, Bandcamp Friday truly seems to bring the music community together.

On the theater side, we covered a lot of virtual theater during 2020-2021. Books, movies and games pages were less affected and accommodated to the situation.

What stories have resonated most with your readers?

For the first couple of years, our biggest traffic went to an essay on the history of Chicago hot dogs by Bill Savage. We’ve had good traffic on our music festival coverage. Our biggest traffic during the last year has been to an interview with Australian actor Danielle Macdonald. Often, it just seems something quirky and external sends traffic to our site. Like any mention of Bob Dylan gets to his millions of fans. Same goes for any K-Pop or J-Pop artists, their fans are always seeking out articles about them.

Besides COVID, what are the some challenges Third Coast Review has faced and how have you overcome them?

COVID certainly changed Third Coast Review. Many writers had to shift their focus away from writing which caused a very different output for the site. However, as things seemingly began lighting up, we were able to rebound and are still rebounding.

How frequently do you publish your stories?

We publish stories daily, throughout the day. Thursday and Friday tends to be heavier with movie reviews.

In the six years that Third Coast Review has been in circulation, how would you describe the Chicagoland community?

Thriving. Despite what people outside the area may think, Chicago is always growing and fostering some of the best art in the country. Whether it’s music, theater, art and beyond, Chicago is set on evolving and defying expectations.

In your experience, how has the world of journalism changed since 2016?

Even then, social media was prominent in our marketing efforts as it is today. Of course, there have been big changes in Chicago journalism, and we haven’t seen the full impact yet, The Sun-Times has been acquired by Chicago Public Media and become a nonprofit. The Reader has become a nonprofit and the Tribune has been acquired by Alden Global Capital.

How do you feel about all the false information that has been out there and how does Third Coast Review feel it can best be corrected/fought?

That is certainly a major problem in journalism today, but it really doesn’t affect 3CR directly. We do sometimes reflect political views in our writing, but it’s the arts that count.

To further the previous question, has social media helped media outlets or harmed them?

From our POV, social media, no matter how much we dislike how the companies operate, has helped us gain readers and visibility in the marketplace.

What does Third Coast Review need the most? How did you hear about and get involved with CIMA?

Nancy got us involved; one of her friends was an editor at the Reader and invited us to the very first CIMA meeting in February 2020.

Had you already known other publications/outlets that were in the alliance before becoming a part of the alliance?

We were among the original members, but we were certainly familiar with the majority of the publications that were apart of CIMA and joined later.

What was the state of Third Coast Review right before starting the alliance and how did working with the other outlets help?

We were four years old at the time and it felt important to suddenly be part of something larger, like CIMA. Those impressions have grown over the last couple of years. Although we have other small revenue sources, the fundraiser revenue has been really helpful.

Is it exciting to see the amount of independent outlets all working cooperatively to help sustain each other as well as better serve the community?

We really like having the connections with other Chicago media and it’s been great to learn about the strengths of our peer media, both other arts-related ones like Chicago Music Guide, Chirp Radio and New City, and community news media like La Raza, South Side Weekly and the McKinley Park News.

What does CIMA mean to you?

It’s an important facet of Chicago media that is truly helping us continue doing what we do.

Have you worked directly with any of the other outlets apart from the fundraisers yet?

What would you like to see CIMA evolve into and how do you hope it can help Third Coast Review?

We look forward to CIMA becoming a stronger, outspoken voice in local journalism. So far, that hasn’t been our goal because we’ve been working on getting started and building a strong organization. But in a year or so, we should be ready to step into that larger role.

What does the future for Third Coast Review look like?

We hope to keep growing so that we can pay our writers better and, ideally, have a co-working space available for in-person work and meetings. To do that, we need to work on building our advertising revenue.

Watch for our coverage of the Chicago International Film Festival, led by Steve Prokopy, our chief film critic, and Lisa Trifone, our managing editor and movies editor.

We really appreciate you taking the time to answer some questions for us and we wish you all the best! 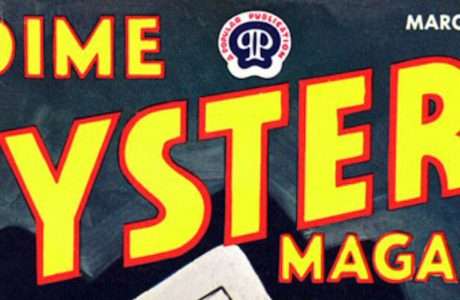