Getting Emotional Over Day Two At Lollapalooza

Getting Emotional Over Day Two At Lollapalooza

Chicago, IL – Day two at Grant Park for Lollapalooza’s 30th year anniversary was nothing short of amazing as usual…! So many great performances throughout the day and so much great talent all in one place! 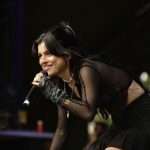 12:00pm – 12:30pm – Starting off the day with 17 year old Toronto singer-songwriter, Renforshort on the Grubhub stage, she opened her set with the second song off her EP “off saint dominique” entitled “Virtual Reality” which is so appropriate since that has been what life has been like this past year and a half. She had a decent sized crowd considering the time of day, all loving and supporting her. Performing other songs like the “Lust To Love“, “Fuck, I Luv My Friends” and encouraged everyone to tell their friends next to them how much they mean to each other, “Afterthoughts” and “Wannabe“. All songs were performed very well and she has great potential and expect to see her back at Lollapalooza in a couple years time on an even bigger stage…! To learn more about her, please visit her website at: http://www.renforshort.com/. 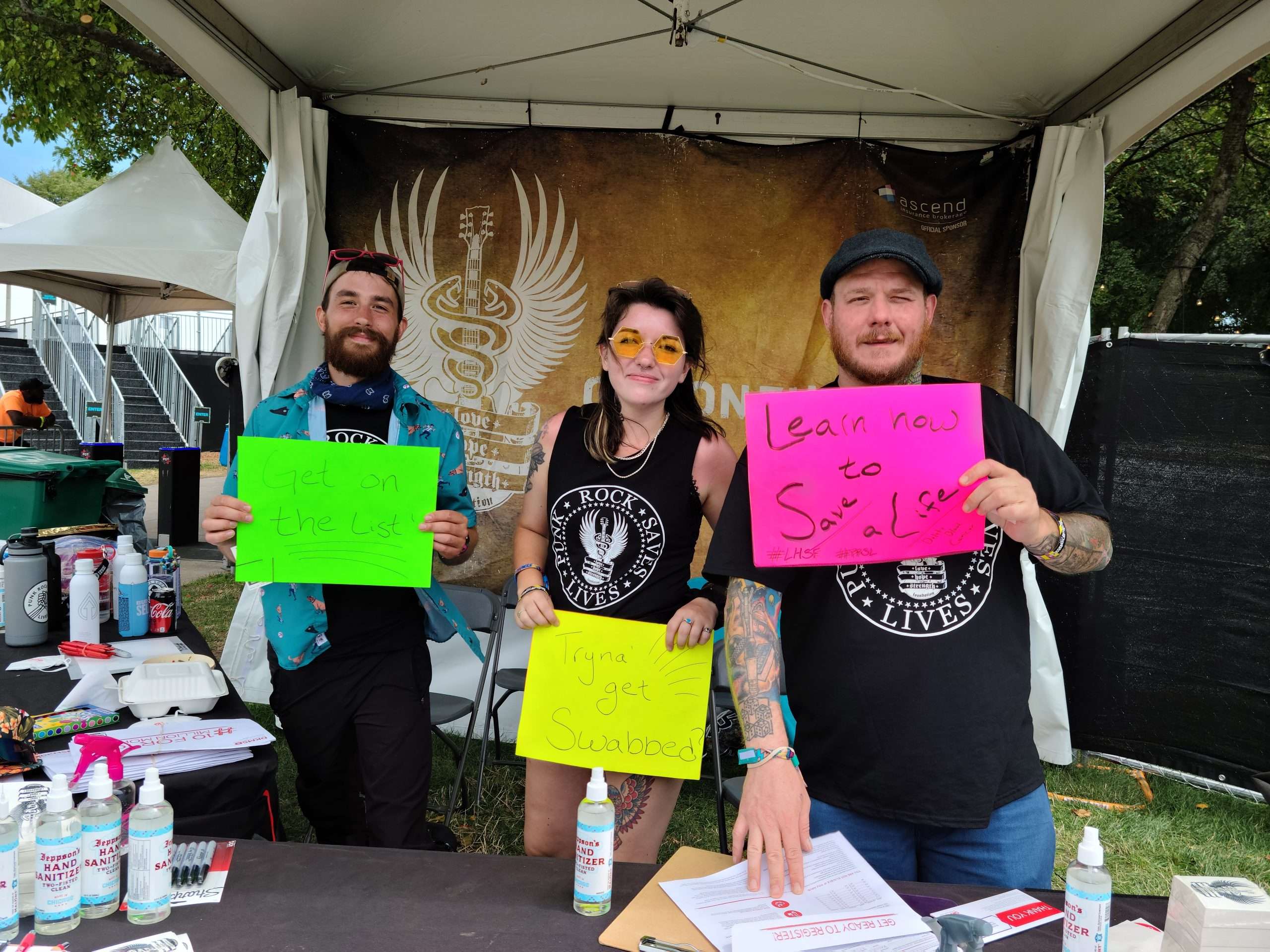 In between sets, I stopped by the Love Hope Strength Foundation and ‘got on their list’ to save a life. It was quick and easy and is so important, just sign a form, get swabbed and you’re done, simple as that! They are located near the Bud Light Seltzer and Tito’s Handmade Vodka stages on the side. To learn more about what they do, please visit them at: https://lovehopestrength.org/

Then… I got in THICK into the audience to partake in Tai Verdes‘ set on the Bud Light Seltzer stage, what a great performance it was, both him and his band really brought it, and brought it good! He performed favorites from his debut album, “TV” which included, “We Would Have Some Cute Kids“, “Feeling This Bad Never Felt So Great“, “Drugs” and of course, ending off his set with his super-catchy, positive vibe filled song, “A-O-K“. The level of musicianship and performance chops that Tai and his band had on stage, he could have easily headlined one of the stages, it was THAT good! Check out his website at: https://www.taiverdes.com/

Probably one of the biggest downsides to Lollapalooza is also (possibly) its strength(?), the shear amount of shows all taking place at the same time, sometimes on one end of the grounds to the other, making it impossible to see some acts. Such was the case with Cam, Emotional Oranges, Elephant Heart and Elohim… to have to make a choice like that can be very difficult and even with the additional stages at Bud Light Seltzer Sessions and Toyota Music Den, sometimes the scheduling just does not work out. And definitely, not to diminish any of the other artists, that was just one particular dilemma with scheduling. 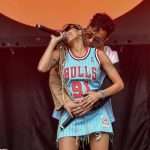 Emotional Oranges on the Grubhub stage, from the first second they took the stage poured their chill vibes over the audience and it was SO GOOD. Opening their set with “Motion” off of their debut “The Juice: Vol 1” album, Vali showed some Chicago love with her Bulls 91 jersey and everytime she and Azad came close to each other, the crowd loved it. On the track, “All That“, they were joined by additional dancers which stepped up the urge to dance even more and the audience were all over, waving their arms, dancing, and feeling the love that they brought with them from Los Angeles. If they come through your town, do not miss them! 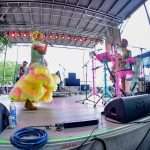 With Elephant Heart on the BMI stage, the vibe was very similar, but with a lot more of a world music vibe, heavy, HEAVY bass and a whole lot of fun! The audience were totally connected to them, and dancing along with them as they sang favorites, “The Digital“, “The Thunder” and “Love Is The Weapon” off of their album, “Seasons” which was released in the dark pandemic days of 2020. Lots of filming going on during their set and they performed wonderfully. Victoria was sporting a custom made outfit with Love is the Weapon on the back of it while Jason decked out his electronic gear with colorful tassels setting the tone for their wonderful set. Check out our interview we did with them a few days ago here! 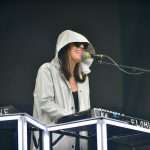 Literally running back to Grubhub from BMI after saying a quick hello to them, I managed to catch the majority of Elohim‘s set which was trippy to say the least and filled with all her hit singles including “Strut“, “The Wave“, “Skinny Legs“, “Hallucinating” and “Journey To The Center Of Myself“. The visuals on the screen were enhanced with the brilliant lighting and she blended the majority of her songs together as one long trip. Elohim is truly an amazing woman who is super creative and she definitely deserves a lot more recognition, a true talent! An interview with Elohim is coming soon!

One common thread I’ve observed in just these two days is that a lot of the artists who have the best connections with their audience have bared their souls out fully to their fans; those who are more vulnerable about themselves to their fans seem to have the deepest, meaningful connections and when you see their audience sizes and hear them singing EVERY word with the performers, you know there is something substantial there.

Coming up today! Bands to catch are Glove, Jac Ross, Cannons, Joy Oladokun, Drama, and we’re going to relive the past with Journey, so enjoy your day 3 of LOLLAPALOOZA!!