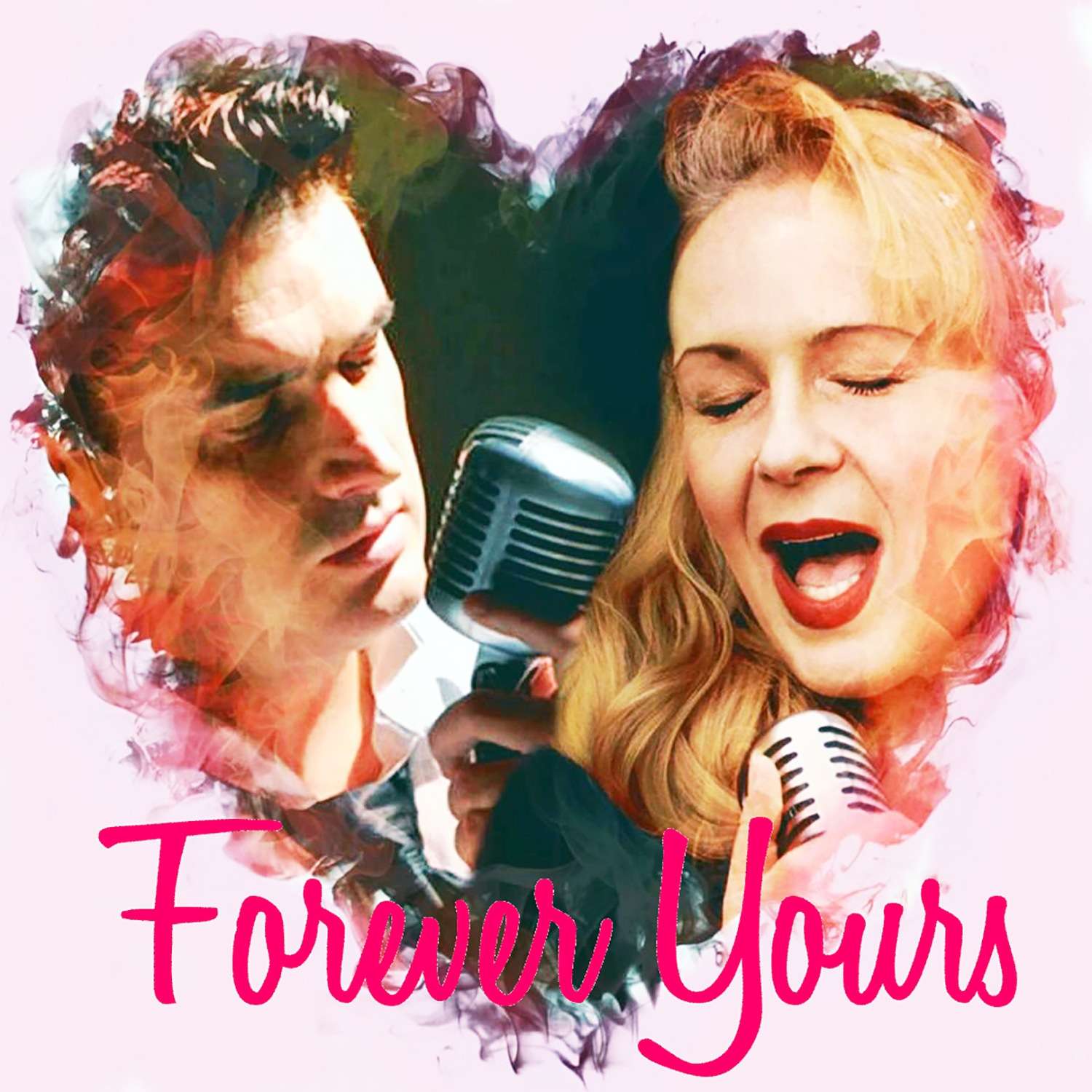 This Valentine’s Day Chicago’s Susie Blue and the Lonesome Fellas releases a Lovers Confection -a ballad drenched in the simple yearning and angst typical of young lovers from bygone days.  Sweethearts who are left clutching their phones, ardently  pledging their devotion, though they may be forced apart by some adversity.   “Forever Yours”   features a longing duet between vocalist Solitaire Miles and UK Crooner Dominic Halpin, their seasoned,  full toned voices mingle lusciously together like a Creme topped Berry Chantilly Cake.   This period song from 1957  was originally written by the King of Rockabilly Carl Perkins who released it as a single himself, warbling plaintively of a distant love that he pined for.

This updated 2022 version is arranged differently, translated into a conversation between two yearning sweethearts instead of Perkins’ sole manifesto of desire.   The gushing vocals are coated in sugar as Miles trades the fervent lyrics with Halpin, backed by the angelic, retro-inspired intonations arranged by Chicago vocalist Jen Zias.    Fellas guitarist Neal Alger drifts throughout the song playing jazzy/rootsy licks,  but the real heart of this divertimento is harmonica virtuoso Howard Levy who adeptly fuses the entire recipe with a plaintive solo.  Just like a Creme Chantilly Cake, the song might seem like a sweet and uncomplicated pleasure, but once you take a bite your senses will detect a lot more detail.  The intricate flavors linger and tickle your palate for a long while after the 3 and a half minute song is over.  – JM Reid, Chicago Music Guide