Brazilian/Dutch death metal firestarters CRYPTA dropped one of the most anticipated metal debuts of 2021 with Echoes Of The Soul, subsequently hitting the US Current Hard Music Albums chart at #15 and Canadian Hard Music Albums chart at #13, amongst others, and receiving massive acclaim from media and fans alike. Now, the high-voltage unit is thrilled to announce an official reissue of the album bundled with a very special bonus 7-inch, out April 1, 2022 via Napalm Records.

This razor-sharp treat features the brand new song “I Resign”, a lost bonus track from the debut sessions, as well as a hard-hitting live version of “Shadow Within”, a track found on Echoes Of The Soul. Now is the perfect occasion to gift fans with something special, after CRYPTA were forced to postpone their European tour earlier this year due to the ongoing pandemic.

Along with a riotous new official video, cutting track “I Resign” kicks in like an all-destroying wrecking-ball, showcasing another demonic facet of the four-woman force of fury.

Tainá Bergamaschi on “I Resign”:

“’I Resign’ is a song that features elements from most of our main influences, along with characteristics from both our previously released album Echoes of the Soul and the new material we’ve been writing. We tried to blend epic melodies followed by aggressive riffs throughout the track, which, combined with the lyrics, tell a story of despair.”

“We thought unveiling an unreleased track right now would be a great way of gifting our fans with something nice while they wait for our tours to start! Also, the lyrics, which are more current than ever, are a good food-for-thought while listening to this very special song for us.”

Watch the official video of “I Resign” HERE: 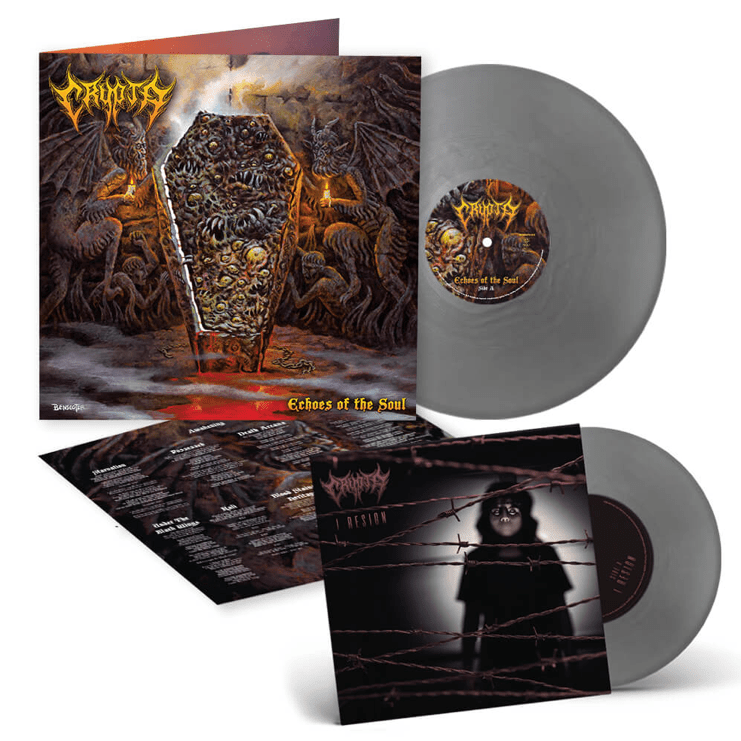 Plus, after various formats of Echoes Of The Soul have been long sold out, the thundering original record is now available again in 1 LP Gatefold BLACK. Don’t miss this chance to grab your copy! 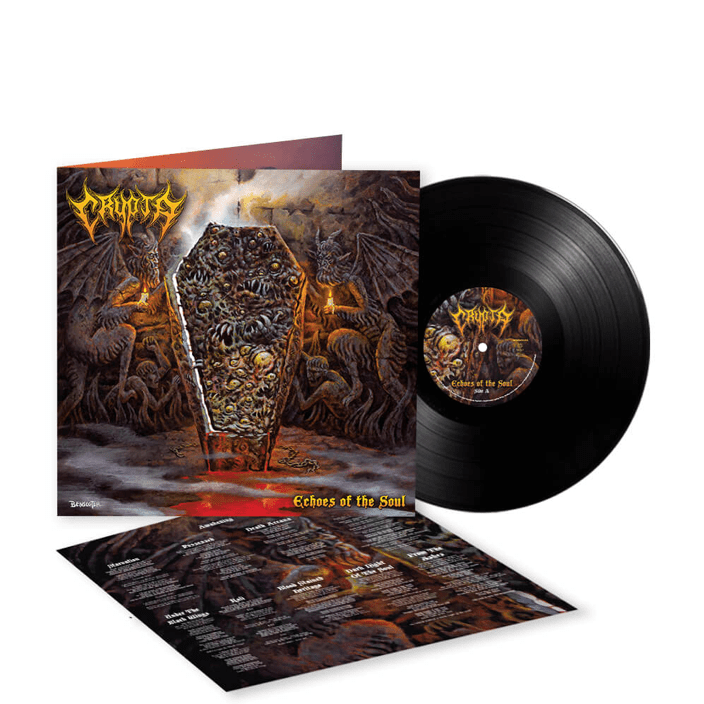 You can find more formats of Echoes Of The Soul HERE!

Formed in June 2019, the four-piece line up consists of vocalist and bassist Fernanda Lira and Luana Dametto on drums (both former members thrash metal frontrunners NERVOSA), plus supremely talented guitarists Sonia Anubis (Cobra Spell, Ex-BURNING WITCHES) and Tainá Bergamaschi (Ex-Hagbard). They enforce a heightened level of potency and experience from their successful past and current projects, enhancing influences from both classic and modern death metal genres, plus significant extreme and black metal elements, to create a sound of their own.

Recorded in January 2021 at the Family Mob Studio (Brazil), mixed by Arthur Rizk (Code Orange, Powertrip etc.) and mastered by the famed Jens Bogren (Opeth,Dimmu Borgir, Sepultura etc.), Echoes Of The Soul descended upon the earth like an apocalyptic meteor! The cover artwork was created by Wes Benscoter, who is internationally famous for his stunning covers for bands such as Slayer, Kreator, Black Sabbath and many more.

Echoes Of The Soul track listing: