Press release and photos from DCASE

Chicago In Tune (August 19 – September 19) is a new citywide festival celebrating Chicago’s diverse and legendary music scene and the 2021 Year of Chicago Music.

This month of music will bring together iconic neighborhood venues, presenting organizations and musicians from across the city to celebrate all music genres and forms — with 575+ free and ticketed shows at more than 55 venues. The festival is part of “Open Culture” — one component of the Mayor’s “Open Chicago” initiative to safely and fully reopen the city.

“You can try to define, categorize or pigeonhole it, but at the end of the day, there is no singular sound that encompasses Chicago’s music scene,” said Mayor Lightfoot.

“This wide variety of music not only reverberates through and breathes life into every corner of our city, but it is highlighted and celebrated during incredible events like Chicago in Tune. I want to thank every musician, venue owner and music industry leader for participating in this timeless festival, remaining resilient in the face of this pandemic and partnering with us to safely Open Chicago.”

“Chicago is the city that knows how to strike a chord. It’s a city that knows how to find its harmony in the hustle. It’s a city where everyone knows how to move to their own beat, yet everyone comes together to play in the same key — the Key of Chicago,” said DCASE Commissioner Mark Kelly. “This year, we’re beating the drum for Chicago’s music industry by inviting all music lovers to experience new artists, styles and venues — from intimate settings to iconic outdoor stages. This truly is the Year of Chicago Music.”

Through Chicago Presents — an initiative of Arts77, Chicago’s arts recovery plan — DCASE, with lead support from the Walder Foundation, has awarded grants ranging from $5,000 – $30,000 to support 36 community events, August 15 – October 31.

(Chicago Presents supported 16 community events, July 1 – August 14, in its first round of funding.) Chicago Presents provides funding for cultural programs that are helping Chicago neighborhoods rebuild, unify and heal from the COVID-19 pandemic — including free, in-person concerts, performances and community events that activate Chicago’s streets, plazas and parks. Many of these events will feature artists from the Chicago Band Roster, a new resource listing over 200 Chicago-based musicians of all genres — created for the Year of Chicago Music (Chicago.gov/Music). Highlights during Chicago In Tune include:

As part of Chicago In Tune, DCASE and its partners will also host Blues Community Concerts (ChicagoBluesFestival.us) in the Bronzeville and Austin neighborhoods, on historic Record Row and in music venues across the city. See websites for performers and other details.

The public will find the most comprehensive listing of shows at Do312.com/ChicagoInTune — and event highlights in a festival guide inserted in the August 19 edition of the Chicago Reader.

Previously announced, following are details for Chicago In Tune programs presented or co-presented by DCASE — plus other special events, festivals and shows citywide.

Special events and festivals across the city include:

Free and ticketed events across Chicago in neighborhood clubs, concert halls and beyond will include:

Thomas Comerford at The Hideout (Aug 21)

DJ All the Way Kay at Ace Hotel Chicago (Sept 2) 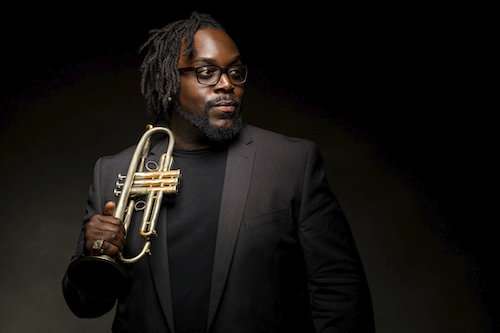 As part of Chicago In Tune, DCASE will present new and reimagined programs in place of this year’s Gospel music, Jazz, House, and Blues festivals in Millennium Park. Four special evenings at Jay Pritzker Pavilion will honor music born and innovated in Chicago, presented by the Millennium Park Foundation: Gospel music (September 3), Jazz (September 4), House (September 11) and Blues (September 18) — all at 5:30–8:30 p.m., MillenniumPark.org.

This year’s series is putting Chicago on stage — aligned with the City’s artist relief efforts and featuring a nearly all-Chicago lineup filled with debuts, new works, commissions and special collaborations. The series is also co-curated with a diverse group of Chicago venues, organizations and artists.

Millennium Park Summer Music Series is presented by the Millennium Park Foundation with support from co-presenting partners BMO Harris Bank, Chicago Free for All Fund, Lloyd A. Fry Foundation, Northern Trust and In Honor of the Massey Scholars of the School of the Art Institute of Chicago. DCASE programming is supported by the Chicago Transit Authority.

Special music events at the Jay Pritzker Pavilion during Chicago In Tune include “Sunday in the Park with Lyric’s Rising Stars” (August 29 at 6–8 p.m., lyricopera.org) and “Baroque in the Park” presented by Music of the Baroque (September 10 at 6:30–8 p.m., baroque.org).

Special music events throughout Millennium Park include a free, outdoor event presented by the Joan W. and Irving B. Harris Theater for Music and Dance (harristheaterchicago.org): “INTERPLAY” curated with composer, trumpet player, and multi-instrumentalist Sam Trump on the Harris Theater Rooftop (August 22). “Sonic Pavilion Festival” (August 22 & 31, September 7 & 14, ess.org) is a series of 30-channel sound installations commissioned by Experimental Sound Studio for the overhead trellis loudspeaker array at Jay Pritzker Pavilion. The result is an immersive canopy of sound.

This summer, DCASE and the Millennium Park Foundation are pleased to present two films in Millennium Park, on its state- of-the-art, 40-foot LED screen — including (during Chicago In Tune) “The Wiz” (1978, G) on Tuesday, August 24 at 6 p.m.

Chicago SummerDance in the Parks (ChicagoSummerDance.org) returns in-person this summer, presented with the Chicago Park District. Dancers of all ages and skill levels are invited to take part in family and creative activities from 4:30–5:30 p.m. and introductory dance lessons by professional instructors followed by live music and dancing from 5:30–7:30 p.m. except where noted.

House City (ChicagoHouseMusicFestival.us) is a new, 10-part series of free events throughout the summer in neighborhoods that helped create the House music genre over 35 years ago. Events during Chicago in Tune are popping up in Englewood (August 28, 12–7 p.m. featuring Chosen Few DJs — presented as part of the Protect Chicago Music Series); in South Shore (September 12, 1–6 p.m.); and in Bronzeville (September 19, 3–9 p.m.).

Just announced as the fourth Protect Chicago Music Series concert, ¡Súbelo! (Chicago.gov/PCMS) is a celebration of Latinx music and culture (September 4, 1–9 p.m.) at Harrison Park, 1824 S. Wood St. One of two events in the park over the weekend, this free concert on Saturday will only be open to Chicago residents age 18 and up with a ticket who are fully vaccinated by August 21. ¡Súbelo! is presented by the Chicago Department of Public Health, DCASE, the Chicago Park District and Pilsen Fest; lineup TBA.

Music in the Key of Chicago “Sounds of the Riverwalk” is a new eight-week music series featuring musicians from the Chicago Band Roster. These free, public performances start on August 22 and will continue every Sunday at 1 p.m. at the Confluence, located between Lake St. and Franklin St. on the Chicago Riverwalk (ChicagoRiverwalk.us). Visit our website for the full schedule.

Also on the Chicago Riverwalk, Art on theMART (ArtontheMART.com) continues to project its summer program nightly at 9 & 9:30 p.m. including three new commissions in alignment with the Year of Chicago Music (through September 16): Footnotes, Wills Glasspiegel and Brandon K. Calhoun; the light of the dark, Eighth Blackbird and Xuan; and Woven, Spectralina.

Launching on August 29, Music Lives Here will take the form of unique graphic sidewalk markers installed at 50 sites across Chicago, an accompanying website to provide a further window into the background of each site, a print publication and pop-up performances.

DCASE’s Professional Development Program Series has been restructured in response to the critical needs of the creative community. It aims to support free programs that increase access to training, education and opportunities for emerging artists and small businesses. In 2021, grants were awarded to 23 professional development providers.

During the Chicago In Tune festival, workshops for musicians and other artists will be presented by South Side Jazz Coalition (southsidejazzcoalition.org), Lora Branch (lorabranch.com), Next Showcase Chicago (nextshowcaseusa.com) and 2112/Center for Creative Entrepreneurship (2112inc.com).

DCASE programming is supported by the Chicago Transit Authority.

In partnership with Choose Chicago and marketing agency FCB, Chicago has unveiled its first ever music brand, “Music in the Key of Chicago.” Leveraging this new brand positioning, Choose Chicago is launching a major regional and national marketing campaign. DCASE and the local music industry are developing a local awareness campaign that includes digital billboards, advertising on CTA trains and busses, advertising at O’Hare, radio, community and minority-owned media and more.

The Year of Chicago Music is co-chaired by Commissioner Mark Kelly alongside Margaret Murphy-Webb, Juan Díes, Juan Teague and Che “Rhymefest” Smith. The ambitious effort is led by a steering committee, an intergovernmental group and 12 working groups focused on venues and clubs, festivals and special events, youth and education, equity and diversity, marketing and more. Over 200 individuals have volunteered to serve on these working groups and committees, representing more than 150 music organizations, entrepreneurs and individual artists.

DCASE has supported over 80 music organizations granting more than $1 million in general operating and project support — and provided over $500,000 in individual grants to 130 artists in 2020 and 2021. As part of the 2021 Individual Artists Program, DCASE granted half of its 13 Esteemed Artist Awards to local musicians: Afinca’o, Jeff Baraka, Billy Branch, Joelle Lamarre, Vivian McConnell, Matt Ulery and Wanees Zarour.

The 2020/2021 Year of Chicago Music follows the success of the City’s 2017, 2018 and 2019 initiatives, which highlighted Chicago’s public art, creative youth and its vibrant theatre scene. This year’s mission is to place a spotlight on Chicago’s music landscape — one of the most influential and dynamic musical sectors on the globe — highlighting its legacy, expanding its audience and strengthening the sector.