Biography: Let’s face it: this is Blondie’s world and we just live in it. For the last four decades, Blondie has become and still remains a true national treasure; a punk band from New York City whose influence both shaped and continues to inform the worlds of music, fashion and art.

Debbie Harry and Chris Stein have kept their ears to the ground, creating trends, never following them. They helped push punk onto the dance floor at the dawn of the new wave era and introduced a wider audience to hip-hop sounds, all the while building a catalog of enduring pop hits along the way.

Their instincts, attitude and style are just as sharp today. To celebrate its 40th Anniversary, Blondie is not merely looking back but continuing to move forward, with a new two-disc package of music.

Blondie 4(0) Ever, which includes a greatest hits album and a brand new album, is set for release in May 2013. The band salutes its storied past with an album of their timeless classics. On the brand new Ghosts Of Download, the group brings their journey right up to date with 12 incredible brand-new tracks. Blondie will perform months of concerts around the world in support of Blondie 4(0) Ever.

Ghosts Of Download, Blondie’s 10th studio album, was recorded over the last two years, almost immediately following the completion of its acclaimed 2011 album, Panic Of Girls. It’s an exhilarating mix of dance-floor-ready sounds, with more than a little pop radio flavor stirred into it and a few surprises along the way.

The first single, “A Rose By Any Name,” is a cool electronic pulse of a duet for Harry and Beth Ditto of the Gossip, who trade verses before joining together on the free-spirited, whatever-gender-suits-you chorus. It’s a genius meeting of the minds, and the generations, a through-line of punk attitude and outré style from the late seventies to this very moment.

And it’s indicative of the overall collaborative sensibility of this album, which features a number of special guests — including downtown New York City club fixture Miss Guy (on “Rave”), Columbian Cumbia/hip hop/R&B group Systema Solar (“Sugar on the Side”) and Oakland–based Panamanian rappers Los Rakas (“I Screwed up”) – even if its foundation was built from the imaginations, and laptops, of Stein and Harry.

Among the tracks they revisit on the greatest hits disc are the groundbreaking rock-disco hybrid “Heart of Glass,” the equally influential hip-hop fantasia “Rapture,” the stalker-love song “One Way Or Another” and the lilting calypso “The Tide Is High,” all part of a catalog that has generated sales of more than 40 million records worldwide and led to the group’s 2006 induction into the Rock and Roll Hall Of Fame.

Front-woman and songwriter Harry and guitarist/conceptual mastermind Stein have been with Blondie since the beginning, as has drummer Clem Burke, whose powerhouse playing has always distinguished Blondie’s sound. Joining them on tour and in the studio are Leigh Fox (bass) Tommy Kessler (guitar) and Matt Katz-Bohen (keyboardist and songwriter on Blondie’s last two discs).

“This project was ongoing since we finished Panic of Girls,” Stein explains. “It’s been like two years that I have been working on this. This one is more computer-based than the last record, which was more band-based. A lot of the programmed parts remained on the record, more so than the previous records.

I spent a lot of time doing this at home, and then sending things back and forth with our producer Jeff Saltzman. He helped develop melodies with me, and that was really gratifying. And he had this assistant, Natalie Hawkins, who helped with the melodies too. There was a lot of collaboration with this record, more so than previous records, except perhaps for Autoamerican (1980) which had a lot of outside players on it, even an orchestra.”

As for her role as primary lyricist, says Harry, “It’s always the music; the music is the primary inspiration. Every piece has its own mood, its own arc and a lot of times the lyrics sort of suggest themselves.”

That may be the result from the rare creative connection that has long existed between Stein and Harry: “Oh, with Debbie, we just have a lot of unsaid communication, a lot of non-verbal stuff goes on. I don’t have to ask her much because she will always have the same conclusions,” says Stein.

And Harry agrees: “Most recently, there were a couple of lines in a song that he came up with, and then there were two more lines that had to be written, and I had already written them. So I mean, it just sort of happens. It’s easy for us.”

Blondie’s impact is greater than the sum of its record sales: Harry’s persona, and the band’s boundary-pushing pop, has shaped the look and sound of many chart-topping female artists who followed in the last three decades. Lady Gaga declared her fandom in a 2011 interview with Harry for Harper’s Bazaar.

But, as Harry has put it, “I can’t really say we are the chicken or the egg, the birth of our kind of music. You end up putting your own sort of interpretation on the music you’ve heard and learned from, and it’s an ongoing process. And that’s in all the arts, the layering, a folding-over of styles. It’s what gives it that beautiful depth.”

Artists and fans around the globe have joined in the Blondie celebration. M. Ward and Zooey Deschanel offered their own Buddy Holly-flavored take on “Sunday Girl” as part of their third She & Him disc.

The Killers and Franz Ferdinand have covered Blondie at their live shows. Blur famously dressed as the band in a re-creation of the Parallel Lines album cover. Alicia Keys covered “Rapture” for the Sex and The City 2 soundtrack and, most recently, One Direction released their very own rendition of “One Way Or Another.”

At the Red Bull Academy, an international group of young musicians, deejays and producers assembled to hear Harry and Stein riff on their colorful scuffling days in Greenwich Village and the Bowery, recalling the people they befriended along the way, from Andy Warhol and Jean Michel Basquiat to Iggy Pop and Giorgio Moroder.

Then the ultra-mainstream Project Runaway All-Stars tapped new music from Blondie as inspiration and featured Harry herself as a guest judge, coolly appraising the work of contestants faced with a punk challenge. Harry reduced the winning designer to grateful tears when she learned that the perennial style icon would actually wear the asymmetrical leather jacket she’d designed.

When Debbie Harry and Chris Stein appeared on BBC TV’s The One Show in London last June, at the start of Blondie’s summer Blast Off tour of Europe, the excited hosts wanted to demonstrate just how beloved — and well-memorized — the group’s many hits had become for more than a few generations of British fans.

What followed was a sort of flash-mob karaoke, a montage of workers throughout the U.K. breaking into Blondie songs: the staff of an ice cream parlor doing “Sunday Girl”; the head-set clad employees of a call-in center performing “Call Me”; the employees of a glass factory singing – what else? – “Heart Of Glass.”

“This past summer when we did our European dates, it was a revelation how strong our following was,” admits Harry. “It was really extraordinary. We had a great time.”

Ghost Of Download offers a lot more for the fans to memorize. It kicks off with the loping, trippy Cumbia groove of “Sugar on the Side,” which grew out of Chris Stein’s current fascination with Latin American rhythms, especially the work of Systema Solar, whose own “Ya Veras” was a particular inspiration.

“Drag You Around” and “Backroom,” a sly tale of after-hours vampire group-groping, boast reggae grooves, while a cover of Frankie Goes To Hollywood’s infamous eighties anthem, “Relax,” is turned into a slow, echo-chambered secular prayer before morphing into a more familiar thumping acid-house beat. It’s just perverse enough to be amazing.

Says Stein, ”I had been listening to Frankie’s ‘Relax’ incessantly and suggested we start doing it live just because I liked it so much and I had never heard anyone cover it. Jeff suggested doing it as a ballad, which seemed so odd that it was obvious it would be cool.”

“Relax” says a lot of where Blondie is right now: taking along pieces of its (and our) past while pushing steadily into the future, 40 years and counting. From an irreverent Lower East Side punk outfit to bona fide international ambassadors of New York cool, Blondie will forever be synonymous with that punk spirit that lives somewhere in all of us. 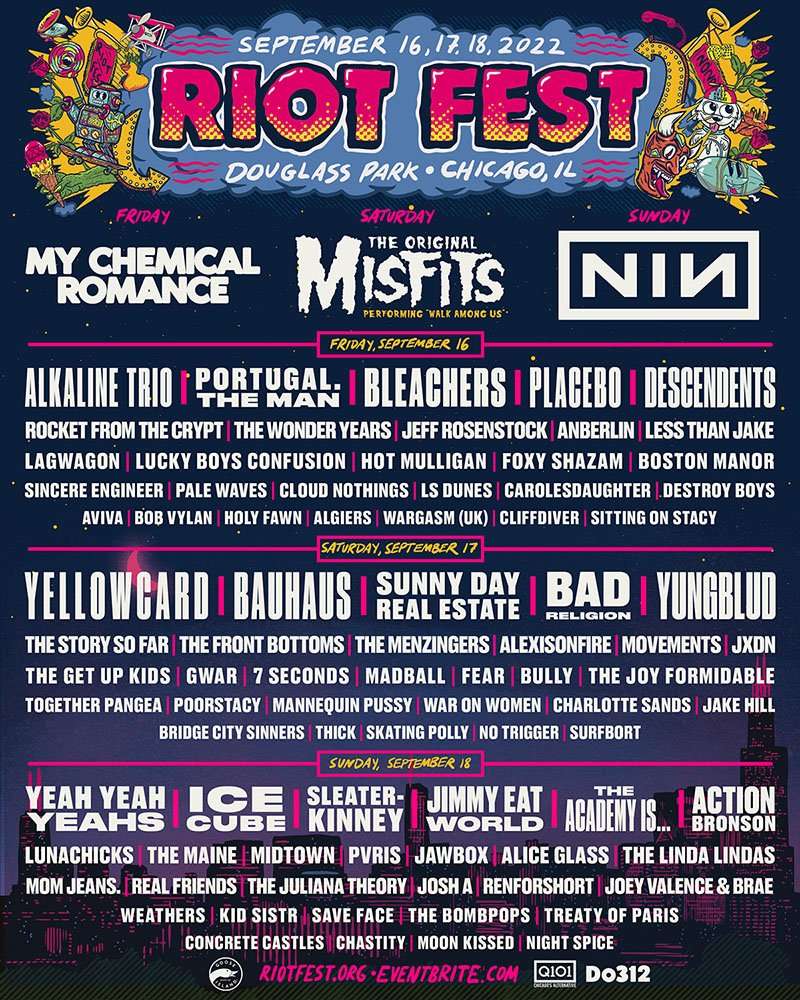