The Chicago Independent Media Alliance is a partnership of independent, local, and community-driven media entities coming together in the spirit of collaboration, especially in creating new revenue streams and heightening independent media’s visibility. Our goal is to create a self-sustaining media ecosystem in Chicago to better inform and serve Chicago and all of its diverse citizens.

Our 68 partners in the alliance include traditional print newspapers, independently produced podcasts, dynamic video production studios, and nonprofit newsrooms focusing on key issues that affect the fabric of the city. Our wide range of diverse and independent media produce content for all types of Chicagoans. In total, CIMA collaborates with 68 media partners across the city, and for this year’s campaign we are hosting a fundraiser for 43 of those outlets. We encourage you to explore each of our 43 media partners below by visiting their websites, following them on their listed social media accounts, signing up for their email newsletter list, and checking out their pandemic-related coverage highlighted below.

You can donate at SaveChicagoMedia.org 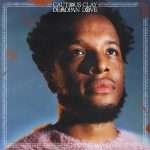 No biography available at time of publication. 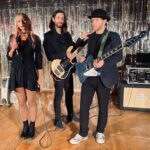 Broken Robots was formed by Kat Baker and Tony Baker in December 2017, when the duo began writing music together in their Chicago apartment.

Kat and Tony Baker met off the highway exit at Lake Street and 355 in April 2015, at a time when both had decided to give up on their passion for music. Kat was a former folk singer-songwriter and Tony was a former audio engineer, musician, actor, and vocalist in a variety of projects spanning from 1996-2008. Kat was working a miserable sales job, and Tony was panhandling. Their relationship began after months of Kat driving by and giving Tony dollars and cigarettes, and eventually evolved into regular trips into the Chicago ghettos together to buy drugs. By May of 2016, the couple had been arrested together numerous times and were being investigated by law enforcement in multiple counties.

Against all odds, they managed to turn themselves around and In December of 2017, Broken Robots was born.

They began by releasing single tracks on SoundCloud about their experiences with death, mental illness, addiction and redemption. They compiled these tracks into their debut album, “Home Is Not a Place”. They were later joined by bass player Lonnie Phillips and are currently working on their second release, “The Escape Artist”. 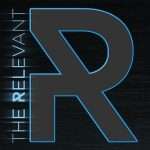 Chicagoland’s all original The Relevant brings the spirit of infectious alternative rock music to the stage. This ensemble of hardline professional musicians is committed to capturing the essence of music at its core. It is far more than dreamy leads, intricacy and beauty- every song is a story that stems from struggle, social unjustness and love endeavor.

Upcoming video release of the song “I’ll be OK” is expected on June, 2021 followed by EP release! 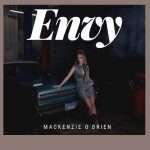 Mackenzie O’Brien’s career has been on an upward trajectory in both Chicagoland and in Nashville, Tennessee. Mackenzie has performed over 400 times in her first four years as a professional including performances at some of Nashville’s best known venues. Mackenzie has opened for country stars Chris Janson and Jordan Davis, National act The Vandoliers, and played a post concert after Lee Brice’s show.

Mackenzie grew up in Northern, Illinois close to the Wisconsin border and had only one career in mind since the age of four years. Prior to then she had been given the nickname “Hummingbird” as she was often found playing alone and humming made up melodies. This natural gift has stayed with her and she is a sought after melody driven songwriter. To date, Mackenzie has landed over 25 songs on small market radio in the USA and Europe.

Mackenzie has drawn attention from music companies in both the USA and the UK. In the summer of 2020, Mackenzie signed a project deal with Merf Music Nashville that teamed her up with superstar writer Chris Wallin and Grammy nominated producer Eric Torres. Their creation along with three other original songs became her 2020 EP “Hummingbird”! Mackenzie is excited about her next project as well! She expects to release an album “Stars and Storms” in the spring of 2021 which features songs she wrote in Texas, Nashville, and at home in the midwest!

Over the last four years Mackenzie has caught the attention of various music notables that include John Oates, Lee Ann Womack, and various TV based competition shows. In 2019 Mackenzie was awarded a grant funded by the National Endowment for the Arts to support her in building her brand and in 2020 she was endorsed by Portland based Breedlove Guitars.

Mackenzie continues to travel between Music City and Chicago and, at times, to other US cities to perform. 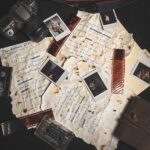 Adem is a blues-influenced Pop/RnB Artist, Producer, in the style of John Mayer, Charlie Puth, and Shawn Mendes, and recently became a Yamaha Guitar Ambassador.

He became enthralled with the blues when he attended the 2015 Chicago Blues Fest and was particularly moved by Buddy Guy’s rain-soaked but blistering performance. After the set, Adem wanted to learn more about the history and genre of blues, and would take it upon himself to study some of the greats on his own. He also got the opportunity to be apart of the Chicago Blues Kids Foundation.

Adem was born in Rockford, IL and spent his childhood in the small town of Belvidere, Illinois. His musical journey began at the age of nine when his elementary school music teacher reached out to his mother, letting her know that he had an ear for music. This led to Adem learning the guitar and writing his first song, “Watch the Time Go By,” at age eleven. He has since learned many other instruments as well as producing & mixing his own songs.

He caught the attention of a producer from American Idol and was invited to audition for the long-running television series. Adem had a blast throughout the audition process and was even awarded the Golden Ticket to Hollywood week, where he met many other artists and received great feedback from Lionel Richie, Luke Bryan, & Katy Perry.

Adem has been featured on Cleveland.com, the Daily Herald, Good Day Stateline, Chicago SoundCheck, and was even a Featured Artist on the Chicago Music Guide, just to name a few. More recently, his song “Sixth St.” was spun on WCGO radio 95.9 after an interview, and his music has received airplay on Chicago’s Radio Station WLUW 88.7 and Rockfords “#1 Hit Music Station” 97ZOK.

Adem wants to continue sharing his original music with the world and hopes to perform at festivals and arenas globally. He believes that “When words fail, music speaks” and his goal is to spread positivity and encourage others to follow their dreams and never give up on what they love. 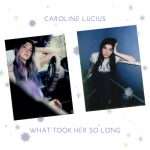 Caroline Lucius is an emerging singer-songwriter born and raised in Chicago. Described as a “timeless wonderment”, her lyrics engage audiences as she invites them along an insightful, honest set backed by pop-rock melodies and her co-writing brother’s (Schaeffer Lucius) guitar and musical composition. 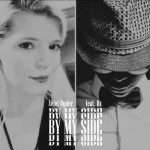 No biography available at time of publishing. 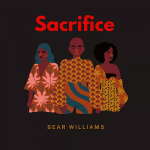 Bear Williams, along with his band members, singers, and support staff all proudly stand with the Black Lives Matter Movement in the fight against the systemic racism and inequality that the Black People in America face each and every day. We celebrate Black lives all along the gender spectrum that have made great and lasting contributions to the fabric of this country. We are using our platform and resources to work towards a world where Black lives are no longer systematically targeted for demise. We affirm our humanity, our strength and our resilience in the face of deadly oppression. 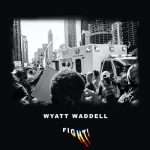 Wyatt Waddell has been bubbling at the edges of the Chicago underground & is set to break the silence with his infectious mix of R&B, Pop and Funk into the music world.